China and EU influenced by nuclear disaster, wind could benefit

Friday, 18 March 2011
0
Toby Price
The European Commissioner in Charge of Climate Action, Connie Hedegaard, signalled at the EWEC 2011 conference this week that European Union (EU) decisions on commissioning new nuclear capacity will be "very much likely to be influenced" by the Fukushima power plant disaster in Japan. This could indirectly give the global wind industry a boost. 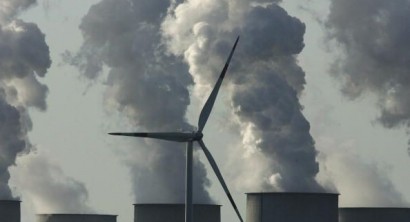 Japanese authorities embarked on desperate new measures yesterday to avoid full-scale meltdown of several reactors at the stricken Fukushima nuclear plant in Japan, sending in helicopters to drop tonnes of water on the reactors and deploying water cannons to cool spent fuel. However, the UN nuclear watchdog chief said in Tokyo yesterday that it was a race against time to resolve the worsening situation.

According to the BBC, Fukushima Daiichi's operator reportedly said this morning that the utility was not ruling out the option of entombing the plant in concrete as a last resort to prevent a catastrophic radiation leak – a method used during the Chernobyl nuclear disaster in Ukraine in 1986. "It is not impossible to encase the reactors in concrete. But our priority right now is to try and cool them down first," an official from the Tokyo Electric Power Co told the Reuters news agency.

Hedegaard’s comments came a day after the EU's Energy Commissioner, Günther Oettinger, described the Fukushima crisis as an "apocalypse" and announced a series of “stress tests” to measure safety procedures in European nuclear plants.

Irrespective of whether or not such stress tests are performed, Hedegaard’s comments could signal a further shift in Europe’s energy policy towards renewable alternatives. "We can say that if we do not want nuclear, we should have even more cheap fossil fuels to replace it, or we could say: 'Why not use this opportunity to address the necessity of moving towards a low-carbon emissions society? I think we should do that," she said.

One industry that will be watching such developments closely is the wind industry, which is expected to grow again in 2011, with more than 40 GW of new wind power capacity to be added in 2011.

A five-year industry forecast published on Tuesday by the Global Wind Energy Council (GWEC) reveals that by 2015, the global installed wind power capacity will more than double to 450 GW from 194.4 GW at the end of 2010. It should be noted that these estimates were made before the latest questions about the nuclear industry were raised.

Included in GWEC’s ‘Global Wind Report – Annual market update 2010’, the forecast assumes an average growth rate of 18.2% per year, which is conservative compared to 28% cumulative capacity growth in the sector over the last decade. By 2015, annual market additions are expected to reach 60.5 GW, up from 35.8 GW in 2010.

“2010 was a tough year also for our industry, but 2011 is looking up,” said Steve Sawyer, GWEC’s Secretary General. “We’ve paid the price for the 2008/9 financial crisis last year, and now we’re back on track.”

This assessment is underpinned by strong investments in wind power in 2010, which were up by 31% compared to the previous year, reaching a record level of USD 96 billion. This investment will translate into an increasing level of wind power installations in the coming years.

The main market driving growth will remain China, which in 2010 accounted for almost half of the global capacity additions (16.5 GW), underpinned by ambitious long-term government plans, supportive policies and staggering investment in the sector. Annual additions are expected to exceed 20 GW by 2015, which would result in China surpassing its target of installing 70 GW of new wind power in the next five years, as adopted in the government’s new Five-Year plan. Coupled with India’s steady growth, GWEC expects a total capacity of 174.6 GW to be operational across Asia by the end of 2010.

Europe will remain the second largest market out to 2015, with capacity additions totalling 60 GW, bringing cumulative wind power installations up to 146.1 GW. While Germany and Spain will remain the leading markets, a larger number of other strong markets will make an increasing contribution. In addition, large scale offshore developments are expected to account for an growing share of the new wind capacity.

The North American market will remain subdued for the next two years, due to legislative uncertainty at the federal level both in the US and Canada. However, GWEC expects that by 2014, the market will once again approach its 2009 size. In the next five years, the total installed capacity in the region is expected to more than double to reach 94.2 GW.

In Latin America, encouraging developments in Brazil, Mexico, Chile and elsewhere lead GWEC to expect that at the end of 2015, the total installed wind capacity will have grown to 19 GW across the region, up from just 2 GW at the end of 2010. “Wind power is now a truly global industry, with installations in around 80 countries. We expect that over the course of the next five years, additional markets will pick up in other parts of Asia, Latin America, and Africa,” said Klaus Rave, GWEC’s Chairman.

Looking at GWEC’s latest predictions, the wind industry certainly looks set to continue along its natural growth path, driven by support policies and the need to meet global emission reduction targets, but this latest outbreak of concern about nuclear safety may also help the industry roll out even higher levels of capacity.

Indeed, it appears that the wind industry’s image has in fact been boosted by the terrible events in Fukushima. Yoshinori Ueda, chief of the International Committee of the Japan Wind Power Association and Japan Wind Energy Association, has been reported as saying that none of the associations’ members reported damage to their wind farms from either the earthquake or the tsunami. Even the Kamisu semi-offshore wind farm, located about 300 kilometres from the quake’s epicentre survived unscathed.

Mr. Ueda confirms that most Japanese wind turbines are fully operational and that the utility companies have even asked wind farm owners to step up operations as much as possible in order to make up for shortages in the eastern part of the country resulting from the damage to the power grid and conventional and nuclear plants.