Wednesday, 07 November 2012
0
Robin Whitlock
The Cuban government announced last week at a meeting with the World Wind Energy Association (WWEA) in Havana that none of the two wind farms has shown any major damage caused by the hurricane and that they still provide electricity for the local grid. 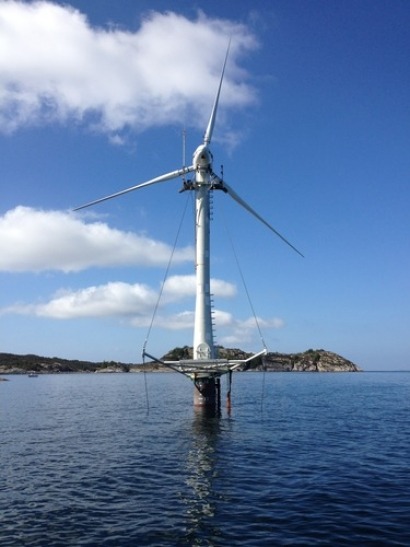 “Cuba installed the two wind farms closeby Gibara in the years 2008 and 2010, being aware that they may be hit by a hurricane” said Professor Conrado Moreno, Co-Chair of the World Wind Energy Conference (WWEC2013) and Professor at the Cuban Center for Renewable Energy Technologies. “Hence our experts have taken all necessary provisions to make them hurricane-proof. Hurricane Sandy has now clearly demonstrated that wind farms in Cuba are safe and reliable even under extreme conditions. Thanks to the decentralized structure of the Cuban power supply system, the overall damage to the power system could be minimized and only a relatively limited part of the island faces currently a lack of power. With more decentral renewable energies deployed in the near future, the Cuban power supply will hence become even more resilient and more stable. Of course we want to share our experience with the world wind community and we are pleased that we can invite to the the WWEC2013 taking place in Havana in June 2013.”

WWEA President Professor He Dexin congratulated the Cubans for having mastered the challenge of making their wind farms ‘hurricane proof’ and commented that there are several other regions throughout the world where this kind of expertise will be crucial in the future, not only in the Caribbean but also in East Asia.

“International collaboration and exchange of experience will help us all by learning from each other” Professor Dexin added, “and, also very important, wind power, together with other renewable energy sources, can play a vital role in the recovery of the areas that have been devastated by natural disaster like the recent hurricane Sandy.”

Stefan Gsänger, WWEA Secretary General, said that Hurricane Sandy has reminded the world of the vulnerability of our civilization to natural disasters such as the earthquake and tsunami in Japan a year ago.

“Sandy has demonstrated the risks of nuclear power and the reliability of wind power” he commented. “The survival of the Cuban wind farms is a strong sign, like the Japanese wind farm last year which was hit by the earthquake and a huge tsunami wave without being damaged. All this happened while nuclear and fossil power stations have not been able to provide electricity any more. We should learn our lessons from this and accelerate as fast as possible the shift towards decentralized renewable energy such as wind power, all over the world.”