Wednesday, 29 September 2021
0
REM
EDF Renewables is announcing that its onshore development pipeline in Ireland has now grown to almost 1GW, enough to power up to 600,000* homes. The number of projects has expanded rapidly over the past few months and the company plans to have up to 500MW of onshore wind and solar projects operational by 2030. This is in addition to its flagship Codling Wind Park project, a joint venture between EDF Renewables and Fred. Olsen Renewables off the coast of Wicklow, which will be one of Ireland's largest offshore wind farms at up to 1.5GW. 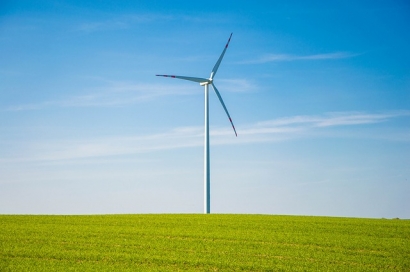 Speaking at the launch of EDF Renewables' new office in Ringsend in Dublin, Minister for the Environment, Climate and Communications, Eamon Ryan TD, said, "EDF Renewables is delivering a range of exciting projects, all of which support our goal of generating at least 70% of our electricity from renewable sources by 2030. We expect to increase that ambition even further in the forthcoming Climate Action Plan.

"I'm particularly pleased that EDF Renewables is developing significant solar and offshore wind projects, which will broaden our renewables capacity and ensure future security of electricity supply. A thriving renewables industry will help develop the green economy and create sustainable jobs. It will also mean better value for electricity consumers.

"It's great to see companies like EDF Renewables at the forefront of this transition, helping us to deliver a net zero Ireland."

CEO of EDF Renewables Matthieu Hue said Ireland has tremendous potential to be a world leader in renewable energy, and the company wants to help it get there.

"The construction of our first solar projects in Wexford and Kilkenny is well underway, and we've announced plans for a 100MW wind farm in Kilsallagh in Co. Mayo. Work on Codling Wind Park is progressing well and we expect this to be operational in 2028. This will not only be one of the largest energy infrastructure investments in Ireland this decade, but once complete it will also be one of the country's largest offshore wind farms.

"Ireland's tremendous potential for renewables generation must be fully leveraged to put Ireland firmly on the path of achieving its net zero commitment by 2050. This is fully aligned with EDF Renewables' ambitions, so we are delighted to be in a position to grow our Irish team and our already sizeable renewable portfolio across multiple renewable technologies contributing to the delivery of Ireland climate goals for 2030 and beyond."

The launch of the new office comes as part of EDF Renewables' continued investment in Ireland. Having been active in the country since 2019, EDF Renewables' Ireland team has grown to 15 full-time employees, and the team will now be based in Portview House in Dublin 4.