Monday, 29 November 2021
0
Robin Whitlock
Engie and BASF have signed a 25-year power purchase agreement for the supply of renewable energies in Europe which comes into effect from 1st January 2022. 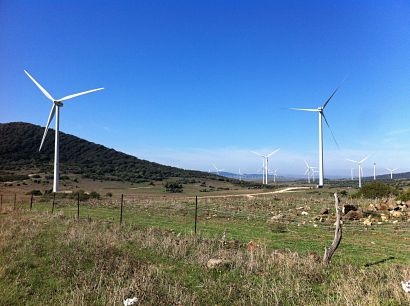 As part of this agreement, Engie will provide BASF with up to 20.7 Twh of renewable electricity, produced by Engie's onshore wind farms located in Spain or in which it operates as an energy manager. Several BASF sites in Europe will be supplied. Subsequently, Engie will be able to supply electricity from either existing Spanish assets or future onshore and offshore wind farms of the group.

“BASF and Engie have long been partners” said Dr. Martin Brudermüller, Chairman of the Board of Directors of BASF SE. “With the signing of this agreement, we mark a decisive step in our path towards carbon neutrality. One of the main levers is to replace fossil electricity with renewable electricity. This long-term contract with a major player in the European energy market guarantees BASF the acquisition of large volumes of electricity from renewable energies. At the same time, it is making BASF a driving force behind the energy transition insofar as it will enable new renewable projects to emerge in Europe.”

Catherine MacGregor, CEO of Engie, added that thanks to a large, diversified and growing portfolio of renewable energy production, Engie is able to provide carbon-free energy to its customers, including multinational companies from foreground like BASF.

At the end of July 2021, the BloombergNEF institute, a benchmark in terms of strategic analysis of the energy transition, placed Engie at the forefront of PPA signatories: between January and September 2021, Engie signed for 1.9 gigawatt of PPA (against 1.5 gigawatts for the whole of 2020), which allows it to supply renewable electricity to major players in industry and new technologies.

The agreement is fully in line with Engie's long-term strategy in favour of the development of renewable energies and meets BASF's climate protection objectives. BASF's ambition is to reduce its greenhouse gas emissions by 25 percent by 2030 compared to 2018 and to achieve carbon neutrality by 2050.

From 2030, BASF wants to deploy low-emission technologies such as CO2-free hydrogen production processes and the use of electric steam crackers, which will substantially increase its demand for renewable energy.