Friday, 15 January 2021
0
Dan McCue
New York Gov. Andrew Cuomo made his annual State of the State address recently and announced that in 2021, “New York will continue to build out its nation-leading green economic recovery and accelerate renewable energy development programs. The state will contract with Equinor Wind ... for the development of two new offshore wind farms more than 20 miles off the shore of Long Island, in what is the largest procurement of renewable energy by a state in U.S. history." 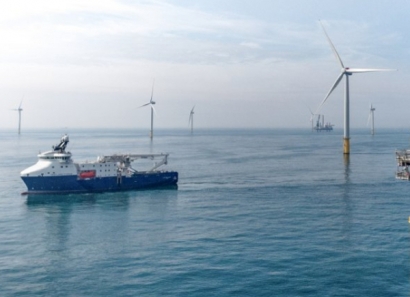 Upon completion, the two offshore wind farms will yield a combined 2,490 megawatts of carbon-free energy, bring another $8.9 billion in investment, and create more than 5,200 jobs.

Under the award, Equinor and incoming strategic partner bp will provide generation capacity of 1,260 MW renewable offshore wind power from Empire Wind 2, and another 1,230 MW of power from Beacon Wind 1 – adding to the existing commitment to provide New York with 816 MW of renewable power from Empire Wind 1 – totaling 3.3 GW of power to the state. The execution of the procurement award is subject to the successful negotiation of a purchase and sale agreement, which the partnership looks forward to finalizing together with the New York State Energy Research and Development Authority (NYSERDA).

According to Cuomo, “Once the large-scale renewable and offshore wind farms are complete, more than half of New York's electricity will come from renewable sources, putting the state ahead of schedule toward reaching its goal of 70 percent renewable energy by 2030.”

As part of the award by NYSERDA, the companies will partner with the state to transform two venerable New York ports – the South Brooklyn Marine Terminal (SBMT) and the Port of Albany – into large-scale offshore wind working industrial facilities that position New York to become an offshore wind industry hub.

“These projects will deliver homegrown, renewable electricity to New York and play a major role in the state’s ambitions of becoming a global offshore wind hub. The U.S. East Coast is one of the most attractive growth markets for offshore wind in the world. The successful bids for Empire Wind 2 and Beacon Wind 1 represent a game-changer for our offshore wind business in the U.S. and underline Equinor’s commitment to be a leading company in the energy transition. These projects will also create value through economies of scale and support our strategic ambition of becoming a global offshore wind major,” said Anders Opedal, CEO of Equinor.

The projects will leverage almost $3 of private funding for every $1 of public funding, for a combined $644 million investment in these port facilities, and will ultimately yield 2,600 short- and long-term jobs in the offshore wind industry.

ABOUT PORT OF ALBANY

"New York can and will be the nation's leader for renewable energy innovation and production, all while securing jobs of the future for New Yorkers," said Cuomo.