Wednesday, 29 April 2020
0
REM
Sweden's first wooden wind tower is now ready on the island of Björkö outside Gothenburg. The tower is 30 meters high and was erected by Swedish development company Modvion. The wood construction is as strong as steel and makes the wind turbine climate neutral from the start. As early as 2022, the first wooden towers will be built on a commercial scale. 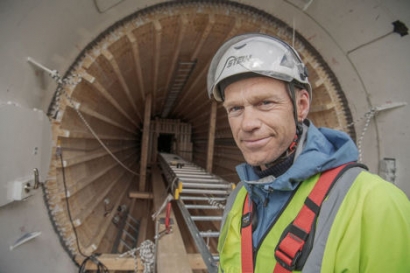 "This is a major breakthrough that paves the way for the next generation of wind turbines. Laminated wood is stronger than steel at the same weight and by building in modules, the wind turbines can be taller. By building in wood, we also reduce carbon dioxide emissions in manufacturing and instead store carbon dioxide in the design", says Otto Lundman, CEO of Modvion AB.

The wind power tower now erected on Björkö is 30 meters high and will be used for research purposes. But already in 2022, the first wooden towers will be built on a commercial scale. Modvion has signed declarations of intent with Varberg Energi for a 110 meter high tower and with Rabbalshede Kraft for 10 towers, at least 150 meters high.

The 30 meter tall tower was built together with Moelven at the gluewood factory in Töreboda. The lower weight of the wood and the modular concept make it possible to build taller towers, the sections of which can be transported on public roads.

"Wood has fantastic properties and we need to build much more in wood if we are to meet the climate goals. For us, it is hugely inspiring to participate in this pilot project where we have been able to use renewable wood in a design for the production of renewable energy," says Johan Åhlén, CEO of Moelven Töreboda.

The wind towers in wood can be built at a significantly lower cost than steel, which lowers the production cost of the wind power-generated electricity. The carbon dioxide absorbed by trees as they grow is stored in the wooden towers, which means that the wind turbines are climate neutral right from the start.

The Swedish Wind Power Technology Centre at Chalmers is the client for the wooden tower on Björkö.

"Wind power is expected to be the EU's largest power source as early as 2027. With wind towers in wood, we get even more climate-smarter renewable electricity to face the climate crisis," says Ola Carlson, director of the Swedish Wind Power Technology Centre and assistant professor of renewable power generation.