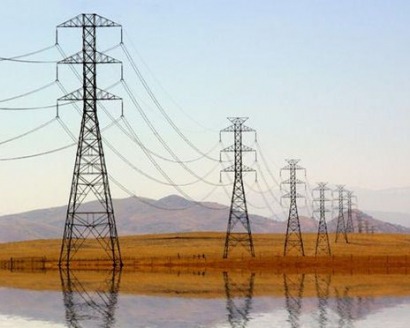 The connection will link the joint venture’s wind farms to a new substation being built by Transelectrica near the town of Banca.

The four projects are located in the hills of Vaslui County, a sparsely populated agricultural area of northeastern Romania.

“Our wind farm projects in the Vaslui County will offer major benefits in terms of employment and tax revenues to help improve the quality of life and services for residents and businesses while also supporting Romania’s national economic and environmental goals,” said Johannes Busmann, founder and owner of Prowind GmbH.

GE plans to supply a total of 120 of the company’s 2.5-100 class wind turbines for the four wind farms. The final schedule for shipment, installation and commercial operation of GE’s wind turbines has not yet been determined, but shipments could begin in the second half of 2012.

“This grid-connection agreement with Transelectrica is a significant step forward in GE and Prowind’s efforts to support the Romanian government’s renewable energy plans,” said Carmen Neagu, region executive of GE Energy for South East Europe. “Grid interconnection agreements play a vital role in ensuring the transmission infrastructure is in place to allow Romania and other countries to meet their energy supply and environmental obligations.”

The Romanian government has mandated that 24 percent of the country’s energy will come from renewable sources by 2020. With some of the strongest wind conditions in Europe, Romania has the potential to harness enough wind power to meet the electricity needs of one-quarter of the country’s 8 million households.

In June, the European Bank for Reconstruction and Development and World Bank Group member IFC lent $162,7 million (€114.8 million) to support the development of two wind projects in the country.