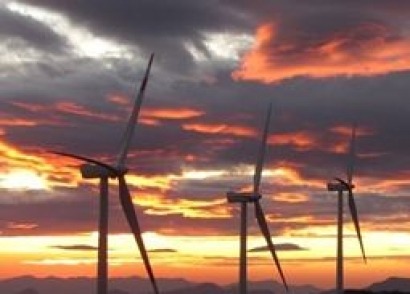 Hosted by GME, the leading renewable energy company in Central America, together with its locally owned entity, Energía Eólica de Honduras, S.A. (EEHSA), the event was attended by the Honduran President Porfirio Lobo, embassy officials from the UK, US, Spain, Costa Rica and Guatemala, key government officials, executive management from international and local organisations involved in the project, contractors, employees and members of the local community in the project area.

CdH is in the final stages of its submission as a Clean Development Mechanism (CDM) under the Kyoto Protocol which will enable it to earn carbon credits to sell into the international carbon trading markets. CdH will be the first of wind CDM project in Honduras.

The wind farm was constructed in less than one year and well within budget. "Despite significant logistical and geographical challenges, completion of CdH was due to incredible team work, dedication and commitment by all partners involved in the project,” said Jay Gallegos, Managing Director for Globeleq Mesoamerica Energy.

He added, "The successful commissioning of this project would not have been possible without the strong support and cooperation we've received from our contractors, the local communities, ENEE and key members of the government of Honduras.”