Friday, 21 November 2014
0
Robin Whitlock
The IKEA Group has announced that it has purchased its second wind farm in the United States from Apex Clean Energy: a 165-megawatt wind farm in Cameron County, Texas. 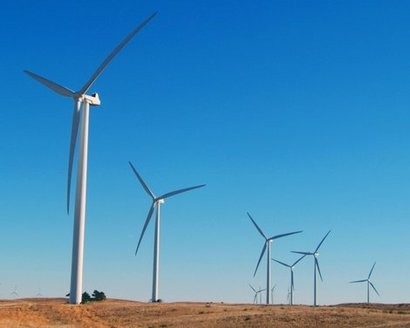 The IKEA Group has announced the purchase of its second wind farm in the US from Apex Clean Energy. The 165 MW Cameron Wind Farm in Texas is the single largest global renewable energy investment made by the company to date and will contribute significantly to the group’s 2020 goal of producing as much renewable energy as the total energy the company consumes worldwide. It is expected to be fully operational in late 2015.

Earlier this year, IKEA announced its first wind farm purchase in Hoopeston, Illinois. The Cameron wind farm will be one and a half times the size of the Hoopeston project. Together, the two wind farms are expected to generate nearly 1,000 gigawatt hours of electricity per year, equivalent to the average annual electricity consumption of around 90,000 American households.

“IKEA believes that the climate challenge requires bold commitment and action" said Rob Olson, IKEA US Acting President and CFO. “We invest in renewable energy to become more sustainable as a business and also because it makes good business sense. And as a home furnishings retailer with sustainability in our roots, we are committed to providing products and solutions that help our customers be more sustainable in their everyday lives.”

IKEA has now committed to own and operate 279 wind farms in nine countries, and will invest a total of $1.9 billion in wind and solar up to the end of 2015. It has also taken steps to further the development of a low-carbon economy by supporting key initiatives, such as the People’s Climate March, the UN Climate Summit, RE100 and the Ceres organisation, Climate Declaration.

Mark Kenber, CEO of non-profit organisation The Climate Group, added that IKEA was one of the first major companies to recognise that tackling climate change makes good business sense. The company has commendable renewable energy targets and is positively influencing business practices and the energy market. It has played an instrumental role in establishing RE100, The Climate Group’s global initiative to support businesses in switching to 100 percent renewable power.