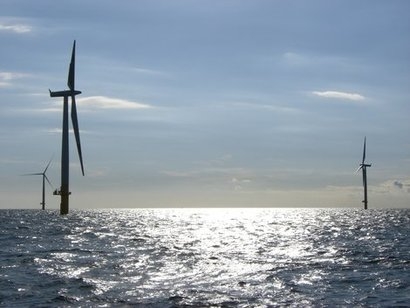 The LCoE Calculator estimates and compares the socio-economic electricity production costs using localized data and estimates. The improved calculator launched by the Danish Energy Agency has shown that the cost reduction in some of the core renewable energy options is bigger than previously expected.

A combination of lower initial investment (CAPEX), declining operational costs (OPEX) and technology improvement allows new offshore wind projects to harvest more energy from the wind at lower cost. This means that the levelized cost of energy for a Danish offshore wind project with a production start in 2020 should have fallen to 46 euros per MWh, excluding grid and system costs. Compared to previous assumptions, CAPEX should reduce by close to 40 percent and OPEX by more than 20 percent. Simultaneously, improvement in wind and power train design should increase the amount of full load hours of a Danish offshore wind project by 10 percent giving a capacity factor of more than 50 percent.

The expected average cost of producing one MWh for an onshore wind project is now 30 euros, almost 25 percent lower than previous estimates. The main drivers are again low expected CAPEX (-20 percent) and higher production (5 percent). This means that onshore wind is still the cheapest option in Denmark for adding new capacity, compared to other technologies. However, Denmark is a densely populated country with a large initial fleet of wind turbines, and so restrictions are limiting further expansion of onshore wind in the country. Repowering offers a good option for increased power generation, something that is addressed in the new Danish energy agreement focused on reducing the number of onshore wind turbines but increasing power output.

Solar PV is closing in, with an almost 40 percent lower LCOE than previous estimates. Again, reduced CAPEX and OPEX are the main drivers.

Falling generation costs for renewable energy means that support schemes, going forward, will largely be based on open and transparent tenders. This should ensure that Danish consumers and industry will benefit from cost and technology improvements.

The open source LCoE Calculator tool is available for energy planning and simulation in other countries. It is based on internationally acknowledged methodology and permits comparison of different electricity production technologies based on nuclear, fossil or renewable energy as well as a number of high-potential energy efficiency technologies. The calculator consists of an Excel based model and a manual discussing different aspects and data needed for socio-economic calculation of different power generation and energy efficiency options including possible data sources. The tool is designed for policymakers, energy regulators and planners.