Wednesday, 20 April 2011
0
FCC’s UK subsidiary, Waste Recycling Group (WRG), one of the UK’s largest waste and resource management services companies, has been given the go-ahead to site two wind turbines at its closed Carnaby Landfill site, near Bridlington in East Yorkshire (England). This marks its first planning approval since moving into the wind energy sector in 2010. 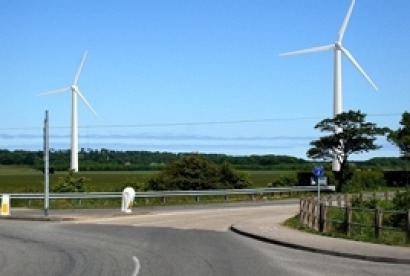 As an environmentally aware company, FCC has been looking at additional ways it can use its landholding to help generate renewable energy in the UK. Developing wind turbines on suitable operational or closed landfill sites was identified as the next logical step, and it has now submitted three wind farm planning applications, with another three due to be submitted in the next couple of months.

FCC, the parent company of WRG, already has a strong interest in renewable energy. FCC Energía operates 14 wind farms in Spain with 420 MW of installed capacity, plus 150 MW of capacity under development, including two 10-MW photovoltaic plants in operation and two concentrated solar power plants under construction with a capacity of 100 MW.

Last month the first collaboration between FCC's energy division and the Japanese multinational Mitsui to develop solar thermal power in Spain was announced. The Córdoba-based Gúzman solar thermal power plant project is owned by Guzmán Energía, of which 70% belongs to FCC Energía and 30% to Mitsui Renewable Energy Europe, and it is expected to become operational in December 2012.

The Carnaby Wind Energy Project will see the development of two turbines, each capable of generating up to 3MW of renewable electricity, which together are enough to power more than 2,500 homes. WRG anticipates that construction will commence early in 2012, and that the site will become operational by Summer 2012. The planning application to the East Riding of Yorkshire Council, followed a rigorous environmental assessment of the site and months of consultation with the local community.

“This marks an exciting milestone for WRG, and we are thrilled to have been awarded our first wind farm planning consent. WRG has extensive experience in recovering renewable energy from a range of waste treatment technologies, and we look forward to applying that expertise to wind energy development, with the help of our colleagues at FCC,” comments Andy Ryan, WRG’s Development Director. “We are committed to helping the UK meet its renewable energy targets and reduce carbon emissions, and we look forward to building on our contribution to this via the use of wind energy. Receiving approval to place two turbines at Carnaby marks a crucial step in the right direction.”