Thursday, 13 May 2021
0
REM
The Business Network for Offshore Wind  has published its Offshore Wind Policy Brief: Advancements in Coordinated Transmission Approaches. The briefing provides updates to the Network’s 2020 Transmission White Paper and offers immediate and long-term recommendations for strategic actions that policymakers should take to ensure the U.S. deploys 30 GW of offshore wind energy capacity by 2030. 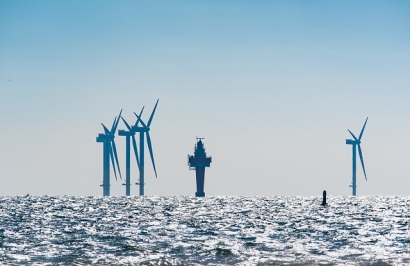 The Network released this briefing just one day after the Bureau of Ocean Energy Management’s issued the Record of Decision for Vineyard Wind, the first major offshore wind project in U.S. waters and a historic day for clean energy in America. Overall, the Biden administration is making significant progress on both offshore wind and broader grid expansion and modernization. The industry is seen as a keystone industry to transform the country’s energy grid but will require an immense transformation – both in the short and long-term – in order to ensure homes, businesses, and cities can access offshore wind energy.

“Offshore wind is the force that we need to drive transformation of the U.S. electricity grid, but we need to make the proper investments in the short term to ensure all currently-contracted projects can efficiently deliver their power to the onshore grid,” says Brandon Burke, vice president of policy and regulatory engagement at the Network. “In the longer term, we need to think about how the federal government can achieve a total renovation of the U.S. electricity grid, similar to the way the federal interstate highway system was funded and constructed. This briefing provides recommendations for both short- and long-term actions.”

Since the publication of the its 2020 Offshore Wind Transmission White Paper, many states have already taken action on the Network’s recommendations. In addition, several crucial developments in the offshore wind sector in recent months have underscored the importance of resolving the transmission question. The Brief summarizes and contextualizes these developments and incorporates input introduced during the Network’s Second Offshore Wind Transmission Roundtable. It also makes a series of recommendations on planning grid integration beyond the approximately 10 GW of U.S. offshore wind projects that have secured offtake pathways to date, including:

“The United Kingdom is the current world leader in offshore wind, with approximately 10 GW of offshore wind projects operational, all of which connect to the onshore grid via project-by-project transmission solutions. Meanwhile Denmark is investing tens of billions of dollars into multiple offshore energy islands to support the continued buildout of offshore wind generation capacity and foster greater interconnection of the national electricity grids of North Sea countries. By comparison, the U.S. currently has approximately 11 GW of offshore wind with offtake pathways,” added Burke.

“Yesterday’s release of the Vineyard Wind ROD means that the U.S. offshore wind industry will soon move into the construction phase. As we begin putting steel in the water, the U.S. must learn from the U.K. and Danish approaches, and adopt hybrid, innovative solutions that can be tailored to the unique specifications of each state's offshore wind program.”

This briefing was developed through a collaborative effort that leveraged the extensive knowledgebase of the Network’s Grid and Transmission Working Group, a select group of participants drawn from the Business Network’s Leadership-level membership. The Briefing also builds upon the Network’s October 2020 Offshore Wind Transmission White Paper, which was developed with the support of nationally recognized transmission experts Rob Gramlich and Michael Goggin of Grid Strategies LLC. Fara Courtney, of Outer Harbor Consulting, convened and facilitated the Grid and Transmission Working Group on behalf of the Business Network in 2019.