Tuesday, 19 May 2020
0
REM
Wind plant performance declines due to plant age in the United States can be partially managed and is influenced by policy, according to a recent study from the Department of Energy’s Lawrence Berkeley National Laboratory. 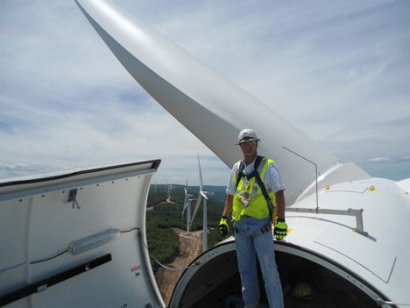 The U.S. is currently the second-largest wind power market globally – supplying 7.3% of the nation’s electricity generation in 2019 – yet this is the first research effort to evaluate the impact of plant age on the performance of the U.S. wind fleet.

In order to model the projected growth of wind power and determine the financial viability of wind plants, researchers and investors need to take into account wind plant degradation over time. Studies in Germany, Sweden and the United Kingdom have shown that differences in each region’s weather, geography and policies, as well as differences in technology can impact wind fleet performance over time.

A team of researchers in the Energy Analysis & Environmental Impacts Division at Berkeley Lab analyzed the performance of 917 onshore wind projects in the United States. Their findings were published recently in the journal Joule.

In the US, the PTC was implemented as part of the Energy Policy Act of 1992 to incentivize wind power development and installation. The PTC provides wind plants with a production-based tax credit for their first ten years of operation, and the authors suggest that the ten-year duration of the PTC impacts the performance degradation rate of U.S. wind plants.

“We hypothesize that after wind plants lose eligibility for the PTC, they may choose to spend less on maintenance overall and their performance may therefore drop,” said Research Scientist Dev Millstein, an author on the paper. “So, a sort of ‘bonus’ effect of the production tax credit policy is that operators may be keeping their plants running at peak performance
while the policy is active.”

Understanding that performance decline is influenced by both physical degradation and maintenance cost-benefit trade-offs, which can be driven by policies, is important for modeling wind power costs and energy generation.