Wednesday, 19 October 2011
0
Toby Price
The Spanish Wind Energy Association (AEE) has warned that if a royal decree is passed in its current draft form, 69% less new wind energy capacity will be installed in the various regions between now and 2020. The regions of Catalonia and Castile Leon look set to lose out the most, seeing investments in wind energy plummeting by over €2 billion each. 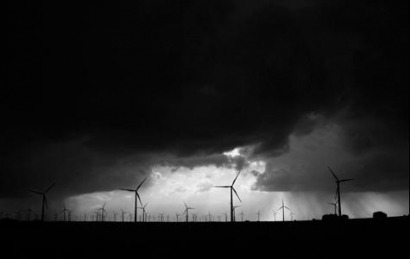 The draft royal decree on feed-in tariffs for wind energy which is currently being debated in parliament is endangering €12.7 billion of investments in Spain planned for the period up to 2020, says the AEE. The sector believes that if the legislation is passed, 69% less capacity will be installed across Spain than has been planned, because wind farms will only be profitable if they are located in areas with wind resources that are much higher than average. The trade association is therefore urging the Ministry of Industry to reconsider its position and withdraw the draft royal decree in its current form.

According to the plans of the various regions around Spain, total investments in wind power (mostly capacity awarded through public tenders) would amount to €18.4 billion. However, the draft legislation would represent a de facto moratorium that would reduce the investment by €5.7 billion, estimates the AEE.

The Ministry of Industry’s draft royal decree imposes a new system of time-variable tariffs for every megawatt installed under the new regulatory framework, which – according to banks consulted by the AEE – makes it impossible to forecast future revenues and, therefore, hinders access to finance. The new legislation also represents a de facto 40% cut in existing tariffs, which implies that reasonable returns on projects are not guaranteed, as required by the Electricity Industry Act.

In fact, the AEE believes that under the new legislation, until 2015 the only wind farms that would be profitable would be those with more than 2,800 annual operating hours. In Spain – where many of the best sites are already occupied – this would entail only 500 MW of new capacity. From 2015, the threshold for generating profits would tip over the 2,400-hour mark. Today, wind farms in Spain operate for 2,100 hours per year on average.

According to AEE forecasts, Catalonia and Castile Leon would lose more than €2 billion in investments each until 2020, while Asturias, Castile-La Mancha, Extremadura and Andalusia would suffer losses of more than €1 billion each. Several regional governments have expressed their concern about the situation.

Half the jobs lost

The AEE estimates that employment in the wind sector could reach 43,000 jobs by 2015 and 51,000 in 2020, compared to 35,000 the end of 2009 (latest data available) if the planned capacity is rolled out. On the contrary, if the royal decree is enacted 16,500 jobs (almost half of those currently in the sector) would be lost. This would represent an expense to the public purse of €23,300 per worker a year (social security contributions, loss of tax revenue, etc.), representing a total of €384 million per annum.

The AEE’s proposal regarding the new legislation expressed in both negotiations with the Ministry of Industry in recent months and in the statement on the draft royal decree submitted recently to the National Energy Commission (CNE), assumes that the wind industry must accept more restrictive economic conditions than are currently available in the present economic climate; but that it cannot accept a system that leads to a paralysis in the sector, the destruction of its industrial fabric, and the loss of wealth and employment.

Furthermore, if the legislation is given the green light in its current form, the sector will be unable to meet the targets established in Spain’s 2011-20 Renewable Energies Plan (PER), thereby preventing Spain from fulfilling its commitment with the European Union to meet 20% of its energy demand using renewable sources by 2020.