Thursday, 03 February 2011
0
Recent data published by the Spanish Wind Energy Association (AEE) shows that 2010 was a difficult year for the wind sector, with a sharp slowdown in growth. In total, 1,515.95 MW were installed across Spain, representing a year-on-year increase in installed capacity of 8%; the slowest growth since 2003 in absolute terms. 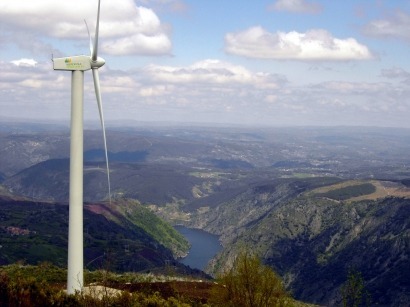 Total installed capacity in Spain at 31 December stood at 20,676.04 MW, slightly above the target set in the 2005-2010 Renewable Energies Plan (PER) of 20,155 MW. Nevertheless, the AEE, which keeps track of all companies in the sector in Spain and monitors installed capacity figures, already warned in 2010 that a slowdown in new commissions would result due to the entry into force of the Ministry of Industry’s Register of Pre-allocation of Funds in mid-2009, which requires companies to compete for a limited number of licences entitling them to the feed-in tariff for wind power.

In addition to this requirement, uncertainty surrounding the lack of a regulatory framework establishing the rules for the sector beyond 2013 and the economic crisis, which has resulted in the suspension of orders and the loss of jobs, have all impacted on Spain’s wind sector.

Under 3,000 MW inscribed in the Register are due to come on stream during 2011 and 2012, after which uncertainties regarding how the future feed-in tariff scheme will pan out are expected to slow down the construction of wind farms.

Wind power is critical to Spain’s ability to meet its 2020 obligations with the European Union to meet 20% of final energy consumption using renewable sources. According to projections by the Government sent to Brussels in its National Renewable Energy Action Plan, Spain is expected to have 35,000 MW of onshore wind and 3,000 MW of offshore wind by 2020, and therefore the AEE warns that the future regulatory framework for the sector must be clarified without further delay.

Many regions (Andalusia, Aragon, the Canary Islands, Cantabria, Catalonia, Extremadura and Galicia) all held tender processes during 2010, awarding over 7,000 MW of licences. However, in the absence of new regulatory framework, it is unknown when or how this capacity will be rolled out.

During last year, wind power covered 16.6% of Spain’s electricity demand (according to grid operator Red Electrica de España) and was established as the technology contributing the third most power to the system after nuclear power and combined cycle plants. It has been calculated that current installed wind capacity could meet the electricity needs of two-thirds of Spanish households on a good day, while the wind sector undoubtedly helped the electricity sector to reduce its carbon dioxide emissions by 26% between 2009 and 2010.