Wednesday, 04 May 2016
0
Robin Whitlock
Global technology company Siemens has developed a new high-performance wind turbine that is now ready for launch on the German wind market 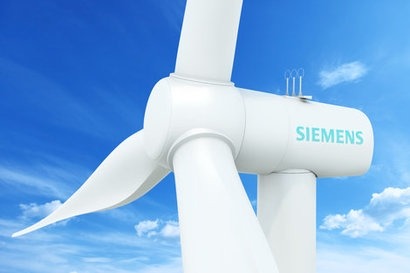 The Clean Energy Council has released Power Shift: A blueprint for a 21st century power system, which details a suite of strategic policy and regulatory measures to drive the transition from a high-emission power sector to an energy system powered by renewable energy, battery storage and efficient and smart technology.

Clean Energy Council Chief Executive Kane Thornton said taking advantage of Australia’s massive clean energy potential will allow the nation to modernise its energy system and cut emissions from the energy sector to zero by no later than 2050. The transformation to a new energy era would also represent a major boost to Australian commitments under the global climate agreement reached in Paris last year.

“Power Shift outlines a plan to cut pollution through the orderly closure of clapped-out old power stations and drive new private sector investment in cleaner, smarter energy technology” said Mr Thornton. “While they have served us well over many decades, some of our current power plants would be more at home in the Eastern Bloc than in an innovative country such as Australia. As these plants phase out, Australia can take advantage of our world-class sun, wind, waves and bioenergy that will deliver the lowest-cost form of new electricity generation.”

Mr Thornton added that the document contains many actions that could be integrated by policymakers and regulators to pave the way for a modern energy system, thereby creating a more competitive market and empowering consumers so that they are more able to generate, store and manage their own electricity use.