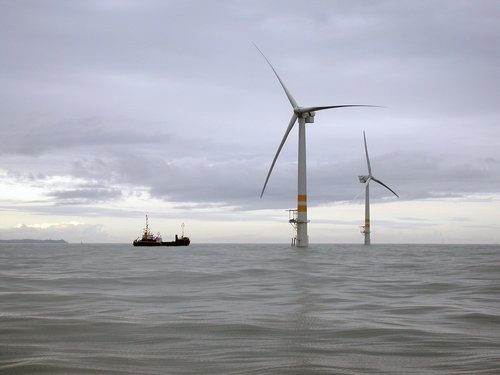 ScottishPower Renewables has put the Argyll Array windfarm project on hold for 12 months while it examines the results of detailed environmental studies.

“During this period, the company, acting as a responsible developer, will work alongside other agencies to study the results of initial detailed environmental studies of the project area” a spokesman said. “The pause in the Project programme will also enable the company to monitor the industry’s progress in relation to improvements in turbine, foundation and vessel technology, with a view to developing a technical solution that is fit for purpose in dealing with the physical characteristics of this site. All development work on the project will therefore stop at the end of 2012. The position will be reviewed at the end of 2013.”

The Argyll Array site is located 5 km off the coast of Tiree, the most westerly island of the Inner Hebrides on the west coast of Scotland. The site extends for around 361 square kilometres and is believed to have the potential to generate anywhere between 500MW to 1800MW of clean energy – enough to power 270,000 to 1,000,000 households. The project was first announced in February 2009 and received approval to proceed to a planning application by the Scottish government in 2011.

According to the RSPB, who have raised concerns about the location, the wind farm was one of the first sites to be identified for potential wind power development in Scotland. The RSPB says the area is very important for wildlife, particularly foraging and passage seabirds, dolphins, killer whales and basking sharks. The RSPB’s view is that it will be very challenging to establish a development on the site without a severe environmental impact, a view shared by local anti-wind group ‘No Tiree Array’.

Scottish Power Renewables have been working with the Crown Estate, who originally leased the site in 2009, and Argyll and Bute Council who helped to produce the Tiree Onshore Scenario Mapping Study as well as launching a consultation which finished in April this year.

The latest delay is apparently one of several the project has faced since its announcement, largely due to determined opposition from the No Tiree Array campaign group. There has been some speculation from the group that this might indicate a possible abandonment of the project, however this was swiftly rejected by Scottish Power Renewables who maintained that the sole reasoning for placing the project on hold was the proper examination of all the environmental studies and that the project is still very much a part of the company’s project pipeline.