Friday, 08 May 2015
0
Robin Whitlock
The Conservative Party has won a major victory in one of the most uncertain UK general elections of recent decades causing industry concerns that future energy policies could limit the growth of onshore wind. 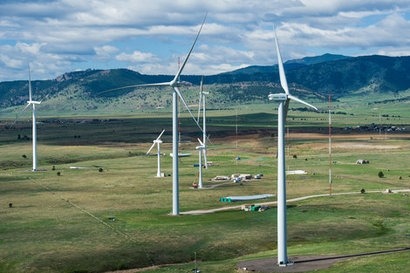 According to a special analysis by Energy Analyst Alex Froley from Platts McGraw Hill Financial, the energy industry’s initial reaction is relief at the removal of uncertainty, mixed with concern that future policy measures could boost shale gas and limit the growth of onshore wind. Mr Froley was writing on the firms The Barrelblog.

The Conservatives have won a surprise majority, in turn prompting the resignation of the leaders of both the Labour Party (Ed Miliban) and the Liberal Democrats (Nick Clegg) and the leader of the UK Independence Party (UKIP). Even more startling is the loss of the former coalition government’s UK Energy and Climate Change Secretary, Ed Davey of the Liberal Democrats, who lost his Kingston and Surbiton seat to Conservative James Berry.

This not only signals a new Energy Secretary in the near future, one who may not be sympathetic to renewable energy, but also enables the Conservatives to push ahead with plans to hold a referendum on UK membership of the European Union. A UK withdrawal from the EU could mean a major upheaval for the country’s energy industry as a whole, not just with regard to renewables.

The Conservatives have also expressed significant support for North Sea oil and gas and new onshore shale gas exploration. Senior figures within the party, including the Chancellor, George Osborne, are keen to see the shale gas industry in the UK grow. Other Tories, to the right of the party, are sceptical of climate change and have also expressed opposition to the development of onshore wind.

“The actual wording here is fairly bland, but senior party figures including the finance minister George Osborne are understood to be keen to see the shale industry grow” wrote Mr Foley,  “and the party may become more vocal about its support now the election is out of the way.”

Mr Foley, pointing to the Conservative Party Manifesto, added that renewables companies will be disappointed by the new government’s proposed stance on onshore wind, one of the cheapest forms of green energy now available.

“Onshore windfarms often fail to win public support” says the manifesto, “… and are unable by themselves to provide the firm capacity that a stable energy system requires.”

The party says it will end any new public subsidy for onshore wind and will also change the law to give local people “the final say” on further windfarm applications. This gives anti-wind campaigners in the UK much greater opportunity than previously to stop new wind farm projects in their tracks.

However, one Conservative politician, Tim Yeo, has warned that ruling out onshore wind, while remaining committed to European green energy targets, could result in higher bills for consumers. The Prime Minister, David Cameron, has insisted that the UK remains committed to its legally-binding long-term climate change targets. Mr Yeo warned in response that this, in combination with the withdrawal of support for onshore wind, could lead to the Conservatives having to spend more money on more expensive technologies, such as offshore wind.

“Allowing opponents to rule out onshore wind altogether has only one certain consequence - to raise the cost of achieving the cut in greenhouse gas emissions to which Britain is legally committed. In other words, higher electricity prices for all consumers” said Mr Yeo, a former chair of parliament’s energy scrutiny committee.

Platts, founded in 1909, is a division of McGraw Hill Financial and is a provider of energy information and a source of benchmark prices for the physical and futures markets. The company helps customers to make better-informed trading and business decisions, aiming to help the markets operate with greater transparency and efficiency. Among other technologies, it provides coverage of biofuels, carbon emissions and electricity markets.