Vattenfall to turn wind into gas

Friday, 09 December 2011
0
REM
Swedish utility Vattenfall, the world's second biggest offshore wind operator, has announced its participation in a project to turn wind energy into hydrogen gas via electrolysis. In effect, the project will enable surplus wind energy to be stored in the form of hydrogen, which can subsequently be used to generate electricity and heat in power plants or as fuel for cars. The hybrid power plant is located 75 miles north of Berlin. 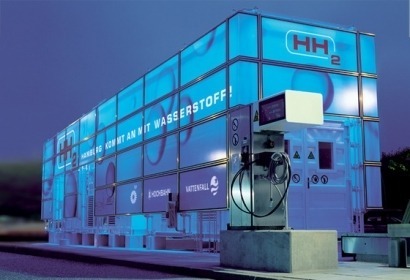 Despite Vattenfall's claim that the project is the first of its kind  in Europe, there is already a wind-to-hydrogen prototype operating in Spain's Sotavento plant, run by utility Gas Natural. Nevertheless, the Vattenfall project is unique in so far as it “combines the generation of renewable electricity, heat and hydrogen,” says Oliver Weinmann, Head of Vattenfall Innovation in Germany. “There is currently no system designed to compensate for the differences between supply and demand within the sector of renewable energy. But this project allows us to find a balance in the system and it’s also good business,” he adds.

Vattenfall is participating in the project together with its partners, which include German supplier Enertrag, French oil and gas company Total and Siemens, as well as research institutions and environmental organisations. The initiative is supported by several German states and the German Ministry of Transport and is known as the Performing Energy Alliance for Hydrogen from Wind.

The Prenzlau complex consists of a biogas unit, three wind turbines of 2 MW each, two combined heat and power plants and an electrolysis unit that generates the hydrogen.

"Renewable energy is gaining ground, but the challenge is to store it," the utility says. "A wind farm generates electricity for direct input to the power grid, but when supply exceeds demand, the current problem is to find a way to store the energy." Vattenfall is the global number two in generating offshore wind power. The company is now planning to build two large wind farms off the German coast that will supply up to 800,000 German residents with power. Vattenfall's extensive wind energy investment fits well with efforts to store wind energy in different ways. The company is also planning to expand its pilot activities for generating hydrogen in several major projects, including one in the state of Brandenburg.