Thursday, 11 April 2013
0
Robin Whitlock
The 36-turbine order constitutes the first part of a project consisting of a total of 42 V90-2.0 MW wind turbines to be installed in Tulcea County in Romania 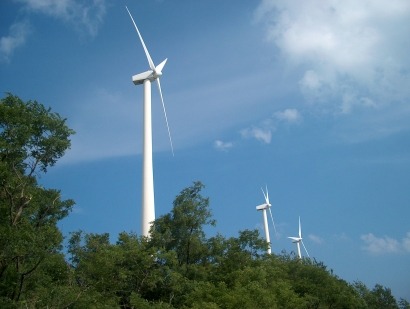 The Vestas order has been placed by LUKERG Renew, a joint venture between ERG Renew and LUKOIL. ERG is currently Italy’s largest wind energy producer with an installed capacity of 1,232MW throughout Europe while LUKOIL is a major international vertically-integrated oil and gas company. The delivery of the first 36 turbines is planned for the second half of 2013 and the contract includes supply, installation and commissioning along with a VestasOnline Business SCADA solution.

The Topolog project is one of the largest in Romania and is considered to be a major step forward in the development of Vestas relationship in the country. Thomas Richterich, President of Vestas Central Europe commented that the company is pleased to receive the order and that it marks an important milestone for the company in helping to develop the Romanian wind market.

“The Topolog order will contribute to Romania meeting its ambitious targets as detailed in its National Renewable Energy Action Plan” added Catalina Dragomir, Managing Director of Vestas CEU Romania. “Furthermore, with this order Vestas reinforces its position in the Romanian market as a leading player with the strongest local presence and the largest operational fleet. This is Vestas’ first project with LUKERG Renew in Romania and it shows their confidence in Vestas’ capabilities to handle large projects in an important emerging market for renewable energy.”

Juan Araluce, Chief Sales Officer, said that the project confirms Romania’s status as a leading wind energy market in the region and that Vestas looks forward to the Romanian authorities clarifying the policy framework. This should in turn allow the management of short-term electricity price concerns while preserving the feasibility of investments.

When complete the Topolog wind power plant will be able to produce more than 200 GWh per year corresponding to an annual saving of almost 110,000 tons of carbon emissions. It will also provide enough electricity for more than 60,000 Romanian households.