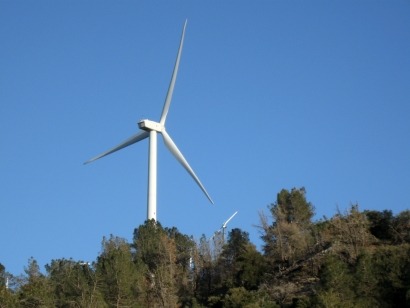 Beginning in Australia, the wind turbine manufacturer Vestas has joined environmental groups and renewable energy businesses in the fight against anti wind energy protesters. The ‘Act on Facts’ is merely the first phase of a cutting-edge global campaign to separate the myths peddled by anti wind turbine protesters from the facts and to channel public support towards political action favouring wind energy. The campaign will embody a unique approach to dealing with the problem, including integrating multiple marketing, communications and public affairs channels and platforms.

“The wind industry is being attacked by media-savvy and politically influential adversaries who often display a brazen disregard for factual information” said Vestas Group Senior Vice President Morten Albæk.“The “Act on Facts” campaign is our way of fighting back.”

The company chose to begin its campaign in Australia because that country is currently a hotbed of anti-wind activity. The ‘Act on Facts’ launch event was held at the University of Melbourne on yesterday (June 18th) and featured a live panel discussion focusing on the tactics used by anti-wind energy activist groups. The event examined what the industry can do to counter anti-wind activists wild claims. The ultimate aim of the campaign is to convert the quiet majority of wind energy supporters into active political campaigners.

Vestas is to act with leading wind energy players such as Infigen Energy Managing Director Miles George. A panel of experts on climate, health and regional development attended the Melbourne event at which Vestas Group Senior Vice President Morten Albæk officially launched the campaign with its attendant web portal www.actonfacts.org. The panel included Simon Chapman – Professor of Public Health at the University of Sydney, Fiona Armstrong – Convenor, Climate and Health Alliance and Simon Holmes à Court – Chairman, Embark Australia as well as Miles George, the keynote speaker, and Vestas Morten Albæk. The web portal features well-documented, fact-based information to help supporters dispel the scare campaigns peddled by anti-wind activists as well as up to date information on pro-wind initiatives in which local citizens can engage.

“This campaign is a crucial part of the industry’s efforts to take back the initiative from the anti-wind movement and share some facts with the Australian people” said Infigen Energy Managing Director Miles George. “Wind energy projects that could save up to five million tonnes of CO2 emissions every year are being stalled by scare campaigns and misinformation.”

Vestas Group Senior Vice President Morten Albæk added that “it is important to distinguish between genuine local concerns and the increasingly professional anti-wind activists whose strategy seems designed to confuse and inflame the debate. “Act on Facts” is a bold stroke to counter that strategy. Veering off the well-trodden public relations path entails risks. But playing it safe is even riskier.”

According to surveys by Essential Research, 76 percent of Australians support building wind farms in order to generate renewable energy while just 11 percent oppose them. Similar statistics have been revealed by surveys in other countries, including the UK.