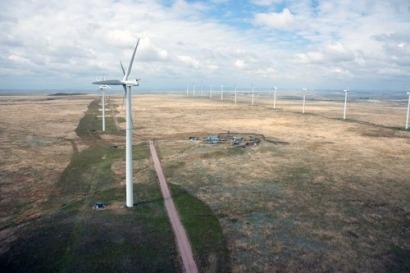 That project represents a doubling in size of the market from 2010, when it stood at $8 billion (€5.5 billion).

According to GlobalData, the exponential growth of the wind energy market is being fuelled by depleting reserves of fossil fuels, declining cost of wind power generation and a growing sensitivity for the environment.

Further, the research firm says, wind power will soon become an important player in the global energy market, with the growing equipment market creating a large number of jobs.

As described in "Wind Turbine Rotor Blades - Global Market Size, Average Price, Regulations and Competitive Analysis to 2015," the Asia Pacific region is expected to emerge as a major market for blades because of strong demand from the Chinese market.

The North American market growth is expected to be robust during 2010 to 2015, largely driven by enhanced installations in the US and Canada and the European market for rotor blades will receive a push during the forecast period largely on repowering and offshore markets.

The report provides installed capacity split by major manufacturers of the global wind rotor blades market and also includes a detailed analysis of the markets in key countries, namely the US, Germany and Spain.

The study provides growth projections up to 2015 for the US, Canada, Germany, Spain, China, India, and Denmark.

Moreover, the report covers technology and cost analysis for wind turbine rotor blades, alongside information on the regulatory framework and key policies governing the industry.