Friday, 21 September 2012
9
REM
The biofuels industry has been on the back foot this month, with increasing pressure being exerted on the sector by critics, who argue biofuels increase food prices and are unsustainable. This week, the Global Renewable Fuels Alliance (GRFA) has puched back, criticising the OECD senior counsellor, Carmel Cahill, for making unsubstantiated comments targeting the role of biofuels mandates in food price inflation. 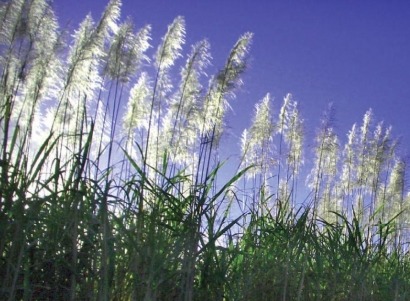 Evidence from a recent World Agricultural Supply and Demand Estimates (WASDE) report stated that farmers globally will harvest the second largest corn crop on record in 2012, and the GRFA says that Ms. Cahill’s comments are “unproven and clearly misguided” based on the recent WASDE crop report.

This same report concluded that the United States will harvest their eighth largest crop in its history despite a challenging 2012 growing season. In addition, Argentinean production is up more than 30% over last year, while Mexico increased output 19%, South Africa 17%, Canada 9%, and China 4%. Global grain supply is also expected to be the second-largest in history, totalling 2.71 billion metric tons in 2012/2013 with the European Union grain crop to be around average.

“It is irresponsible of policy-makers like Ms. Cahill to make these sweeping, unsubstantiated statements. A wealth of evidence clearly shows that in recent years farmers are producing record crops and that these types of comments are simply not backed up by any evidence whatsoever”, said Bliss Baker, spokesperson for the Global Renewable Fuels Alliance.

The International Energy Agency, an OECD agency, recently released their Technology Roadmap – Biofuels for Transport, which stated that biofuels could make up 27% of the world’s transport fuels by 2050, eliminate 2.1 gigatonnes of carbon dioxide emissions and not jeopardize food security. The same report also revealed that current global biofuels production utilizes only 2% of global arable land, which is simply not significant enough to have any impact on food prices.

“Instead of making ill-informed policy statements about biofuels we should applaud our farmers and their determination to continually produce record corn harvests. Evidence shows that biofuels production is actually beneficial to food production by producing valuable food co-products and providing much needed investment in the agricultural system”, concluded Baker.