Taking a look at sustainability certification for biofuels

Thursday, 03 November 2011
1
REM
Independent TÜV SÜD experts, Igor Dormuth and Elena Schmidt, provide an insight into the EU Commission's ambitious sustainability standards for biofuels. They look at the certification schemes available and the criteria that market players who produce biofuels for the European market must fulfil. 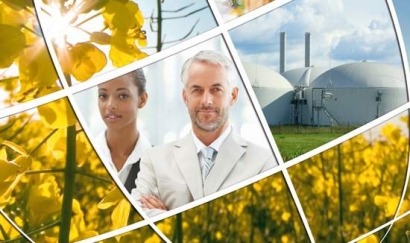 These documents firstly are required to credit the respective quantity of biofuel to the biofuel quota in accordance with Germany's Air Pollution Control Act (Bundes-Immissionsschutzgesetz, BImSchG). Introduced on 1 January 2007, the quota has become critical in promoting biofuels in Germany. It places the mineral oil industry under the obligation to put a minimum share of biofuels on the market. This minimum share increases by 0.25 per cent per year until a mandatory minimum share of eight per cent is reached by 2015.

Secondly, proofs of sustainability are preconditions for obtaining tax benefits under Germany's Energy Tax Law (Energiesteuergesetz, EnergieSt). After all, pure biofuels which are not used for meeting the biofuel quota will incur tax relief until 2012. Pure biofuels used in agriculture and forestry also continue to be exempted from taxes. E 85 (85 per cent bioethanol and 15 percent petrol) and biogas used as fuel are exempted from energy tax until 2015.

Certificates throughout the process chain

At present, the EU Commission has approved several of these voluntary certification schemes. The ISCC is an international system for all types of biofuels supported by the German government. Bonsucro EU, RTRS EU RED, and RSB EU RED are three initiatives developed in a joint effort of private players and public institutions. The first initiative targets biofuels based on sugar cane and is mainly used in Brazil. The second initiative aims at biofuels made from soy beans and is located primarily in Argentina and Brazil. The third applies to all types of biofuels.

This EU Directive aims at ensuring that both the production and the consumption of biofuels will make an effective contribution to the reduction of greenhouse gas emissions. In Germany, the Directive was transposed into national law by the German Biofuel Sustainability Ordinance (Biokraftstoff-Nachhaltigkeitsverordnung, BioKraft-NachV). For biofuels, the cultivation of biomass is the first link in the supply chain. The Directive and the German Ordinance aim to promote the use of fallow land while preventing the use of ecologically valuable land for the cultivation of biomass. In this respect, Germany's BioKraft-NachV refers to both bioliquids and biogas to be used as a biofuel.

In accordance with the 'land-use criteria', biomass may on principle be cultivated on all areas that were already designated as arable land back in January 2008. More recent arable areas may be excluded from cultivation if they fall into one of the following four categories: areas of high conservation value, high carbon stock land, peatland and all areas that are not cultivated in a sustainable manner and thus violate the obligations set forth in regulation (EC) No. 73/2009 (cross-compliance).

Biofuels must emit significantly fewer greenhouse gas emissions than fossil fuels. The emission reduction target is 35 per cent at present and will rise to 50 per cent from 2017 onwards. Regarding the potential for greenhouse-gas reduction, all emissions throughout the entire value chain must be included in the calculation. Accounting is possible by two different methods: with the help of 'default values' or by means of individual calculation.

Default values are available for biofuels produced from various raw materials. They are set forth in the EU Directive and can be used instead of actually calculated values. The second possibility is an exact calculation of the emissions caused in the individual case, which may make good sense for particularly efficient processes and procedures, in which the exactly calculated value should be lower than the default value. When choosing this method, the auditors at TÜV SÜD will verify all input data, including transport routes and distances, energy input, changes in land use and fertiliser consumption.

To conclude, biofuels are technically mature, tried and tested and can already replace larger volumes of fossil oil today. However, biofuels and other bioliquids are subject to complex and multi-faceted legal regulations. TÜV SÜD's independent and impartial experts support market players throughout all stages of the production and supply chain on their way to obtain certification and thus, gain legal certainty and protect their investments.