Tuesday, 24 October 2017
0
REM
The Caribbean Development Bank has received €12 million ($14 million) in grant funding from the European Union Caribbean Investment Facility for development of geothermal exploration in the Eastern Caribbean, under CDB’s GeoSmart Initiative. The funds will be used to provide investment grants in the initial phases, and technical assistance grants to support capacity-building initiatives and interconnection studies. 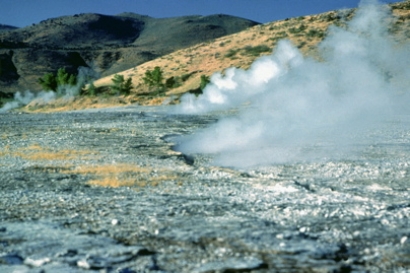 The GeoSmart Initiative was developed by CDB to provide financing to support sustainable geothermal development in five countries—Dominica, Grenada, St. Kitts and Nevis, Saint Lucia, and St. Vincent and the Grenadines. For these countries, the development of geothermal energy could be an alternative to costly and non-renewable imported fuels.

The EU-CIF funds will be distributed under two components; €9.5 million ($11.2 million) will be used to provide investment grants to fund slim-hole drilling services or full-size exploration drilling; and €2.2 million ($2.6 million) will finance capacity strengthening and interconnection feasibility studies

CDB’s GeoSmart Initiative targets the establishment of up to 60 MW of geothermal energy generating capacity in the five Eastern Caribbean countries. This is expected to reduce dependence on imported oil across these countries by up to an estimated 722 thousand barrels per year.