Thursday, 08 September 2022
0
Robin Whitlock
Two giants of the professional services sector, Jacobs and WSP, are supporting the North West in the UK hydrogen economy, having joined the North West Hydrogen Alliance, the regional body made up of the most influential organisations involved in the development of a hydrogen economy in the UK. 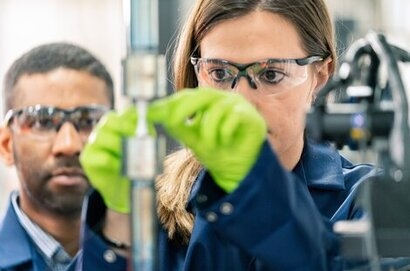 The move recognises the major opportunity of hydrogen and the role that it will play in reaching net zero in the UK. It follows significant commitments by the Government, including doubling the hydrogen production target to 10 GW by 2030 and the appointment of a national hydrogen champion in Jane Toogood.

With significant hydrogen production and transportation projects planned in the North West, the region’s engineering consultancies will play a pivotal role in the design, assessment and construction of new infrastructure. Their services and skills will aid delivery of hydrogen-related projects, from electrolysers and carbon capture schemes, to the development of hydrogen derived from nuclear.

“Joining the NWHA will enhance our ability to promote hydrogen related development, including the potentially key role of ‘nuclear-derived hydrogen’ in the UK’s newly increased ambition to deliver 10 GW of hydrogen production capacity by 2030” said Greg Willetts, Vice President, Technology & Cyber, Jacobs. “It also means that, alongside other members, we can help shape and influence our journey to a more connected, sustainable world.”

Chris Nunn, Director, Land & Planning at WSP, added that the North West is at the forefront of efforts to decarbonise UK industry and projects such as HyNet and the Hydrogen Village are playing a vital role in developing the country’s hydrogen economy

“The NWHA is providing an important forum to both promote and support these initiatives, and through our membership we’re excited to play a part in realising the opportunity hydrogen provides to reach net zero in the UK by 2050” Mr Nunn said.

Jacobs and WSP join the impressive roster of Alliance organisations aiming to secure sustained investment in the North West.

With a strong commitment to decarbonising industry and hitting net zero targets, the Alliance advances the case for delivery of a full-system hydrogen economy in the North West of England. The North West recently published a roadmap to net zero for the region with hydrogen playing a central role in the region’s industrial decarbonisation strategy.