GE and the Japanese Solar Market: An interview with Peter Oram of GE Power Conversion

Friday, 30 October 2015
0
Robin Whitlock
GE is continuing to support the growing Japanese solar market through its Power Conversion business, providing advanced technology and long term service to Pacifico Energy's 56.9 MW DC Furukawa mega-solar project. The company will supply its Brilliance skid inverter to the project, supported by a 20-year long term service contract aimed at securing availability and energy yield over the lifetime of the project. The commitment by GE follows its agreement to deliver its inverter skid solution to the Hosoe project, which is still in its construction phase. Delivery of the inverter skids will commence next year.   REM talked to Peter Oram, Executive Renewables Sales, of GE Power Conversion (GE PC) to find out more. 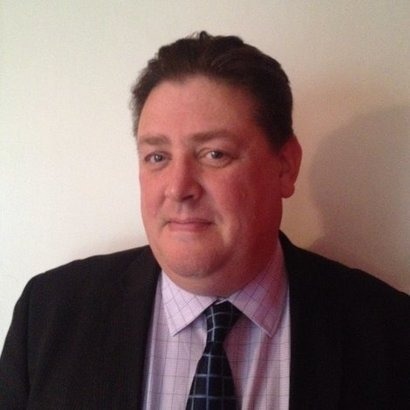 What is the situation with the Japanese solar market at present?

The utility-scale solar market we’re involved with in Japan consists of ground mounted projects of 1 MW and above. We’ve seen significant growth driven by the country’s Feed-in Tariff, provided by the government in the wake of the Fukushima disaster and the closing of Japanese nuclear plants, resulting in a growing usage of renewables, particularly solar with a number of installations and projects now online. The FiTs are now being reduced year on year, which introduces increasing cost pressure but the returns are still very good compared to other regions in the world.

Why is GE particularly interested in Japan at present?

GE has always had a very large presence in Japan, it is a market that is very secure with significant growth opportunities.

What advantages does the Brilliance skid inverter have over other inverters?

The Brilliance skid inverter comprises the inverter itself along with a LV/MV Transformer and LV & MV Switchgear, incorporated on a reassembled and tested skid which is easily installed, reducing construction costs and risks associated with integration of the individual components at the site. The inverter itself is a 2-stage design which enables much larger MPPT range, early morning to late evening operation thereby generating increases in annual energy production and helping to reduce the impact on energy yield from PV Panel performance degradation issues over the lifetime of the plant. The system also includes a plant-control SunIQ which coordinates the plant output across all the inverters reducing variability and enhancing control capability at the point of integration to the grids.

Tell me about the Hosoe project?

The 63 MW Hosoe project is located on the south island of Japan, consisting of 50 skids. It is currently at the construction stage and needs a bit of groundwork and preparation as the terrain is difficult, being on the side of a mountain. Delivery of the inverter skids will commence next year.

What’s different about the Furukawa project?

The Furukawa project is situated north of Tokyo, on completely different terrain. Hosoe will be connected into the 60 Hz network, whereas Furukawa will be on a 50 Hz system, the Brilliance inverters will however be identical for both sites. Furukawa will be delivered first with inverter skids commencing delivery in first half of 2016.

Why did Pacifico choose GE over other competitors?

The main factors contributing to the success for GE are that the company brought not only the equipment but also equity finance, an overall plant control system, plus a 20 year long-term service agreement which helps to reduce risk and makes it easier to achieve financial backing for the project.

What is your overall long-term goal with regard to the Japanese market?

GE is setting itself up as a long-term player in this market, expanding our commercial, operations, engineering and service over the few years. GE will also launch its latest 1500Vdc inverter solution “LV5” in 2016, transitioning our inverter technology over the next 6-12 months. This will include all the necessary testing and validations required to be qualified with the various Japanese utilities.

What other interesting projects is GE involved with across the world at the moment?

With regard to solar, our traditional markets have been Europe and North America (2 GW and above within 18 months). We are expanding in other areas, particularly Brazil, India within the last quarter, and also expanding our scope in Chile, [missed this bit, information about substations and working with Digital Energy. We are also in sub-Saharan Africa where last weekend we installed a 1 MW rooftop system.

With regard to solar, our traditional markets have been Europe and North America (2 GW and above to be delivered within 18 months). We are expanding in other regions, in particular Brazil and India where GE had first successes within the last quarter, GE is also looking to expand its scope beyond just Inverter skids, expanding our scope on a recent project in Chile, where we have been selected – together with GE’s Digital Energy business, to also supply complete Turnkey HV substations and grid interconnection solution. We are also in Sub-Saharan Africa where in the past month we have commissioned our first large scale rooftop system (approximately 1 MW).

Something else I’d like to mention, at the beginning of this year, GE PC was selected to supply more than 1 gigawatts of GE’s latest LV5 1500 volt inverter technology for NextEra Energy Resource’s solar portfolio all of which is planned to start commercial operation by end of 2016. GE is the first inverter supplier to introduce 1500V inverters this into the solar market and we are already supplying solar projects, enabling them to become more cost-effective.