Tidal Energy for the UK: An interview with Doreen Nixon of Lockheed Martin Energy 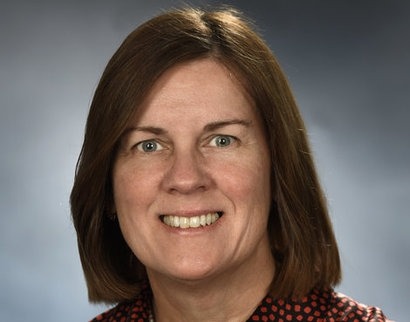 REM spoke to Doreen Nixon, Marine Energy Market Segment Chief Engineer for Lockheed Martin Energy, to find out more about the project and its benefits for UK clean energy development.

The MeyGen project is currently the largest planned offshore tidal stream project in the world, and will supply clean and renewable energy to the Scotland.  It involves deploying up to about 400 megawatts of energy and will eventually provide sustainable power for up to 175,000 homes in Scotland.  Atlantis Resources and Lockheed Martin have deployed the first AR1500 turbine, one of the two tidal turbine technologies created for this project, and Atlantis has the goal to eventually deploy nearly 270 turbines. The AR1500 Turbine has already demonstrated full power of 1.5MW and has started supplying power to the grid.

What are the respective roles of the two partners, Atlantis Resources and Lockheed Martin?

Atlantis Resources is the MeyGen project developer and operator. Lockheed Martin, under contract and partnered with Atlantis Resources, designed a 1.5 megawatt AR1500 turbine, which was recently deployed in a record-breaking less than 60 minutes. In addition to system design, Lockheed Martin developed, manufactured and delivered two innovative subsystems, the Yaw Drive System (YDS) and the Variable Pitch System (VPS). The two elements enable the turbine to rotate autonomously around its base, so it always faces into the tidal flow. The pitch angle of the turbine blades also adjusts to optimize the power generation in a given tidal stream as well as shed loads and protect the turbine if flows become too high.

What are the main potential benefits of tidal power for the UK and of this project in particular?

This particular project is Phase 1 of the larger MeyGen Project, which is expected to generate enough energy to power 175,000 homes in the UK.  Tidal energy provides clean, sustainable and reliable power, as the tides are more predictable than other sources, such as wind or solar. Tidal turbines are essentially underwater windmills. The main advantage of tide over wind (aside from the predictable nature of tides) is that because water is more than 800 times denser than air, tidal turbines do not need enormous rotor diameters to yield a lot of power. They can extract a large amount of power from a small amount of seabed. The ocean is a vast resource of power and it is presently virtually untapped.

The MeyGen project is located in the Pentland Firth, Scotland.  This body of water was selected because it has access to the grid, suitable water depth and has some of the fastest flowing waters in the UK.

How does this technology compare to other tidal energy technologies?

The AR1500 technology is different because it is designed for high quality and ease of fabrication.  The turbine has been designed with redundant components to support extended maintenance intervals of 6.25 years. The design has been optimized for weight and center of gravity which permit use of less expensive deployment/retrieval vessels.  Additionally, installation and connection of the AR1500 was completed with record-breaking efficiency in less than 60 minutes, representing a significant time reduction compared to most similar systems. The operation marks the first time a tidal turbine has been installed and connected to the shore instantaneously.  The AR1500 Tidal Turbine sits on the ocean floor, does not impact low draft ships navigation, it also does not negatively impact the aesthetics of the area.

When is completion expected and what happens next? What other renewable energy projects is Lockheed Martin expecting to become involved in in the near future?

The MeyGen 1a is expected to be turned over to MeyGen at completion of commissioning period which is expected in the April 2017 timeframe.  MeyGen is planned for completion in several phases over the next several years - exact timing can be best addressed by Atlantis Resources.

Lockheed Martin is currently working on a number of renewable energy projects, specifically in the bioenergy sector:

Additionally, many of our energy solutions can be combined with renewable energy projects in order to store or use energy more efficiently.