Bioethanol in Mexico: the pathforward

Monday, 18 February 2013
16
Noor-Hal Cuellar
My previous post served as an introduction about the current state of development of the ethanol industry in Mexico, as well as the policy framework designed to make a smooth transition towards a cleaner fuel-based economy. 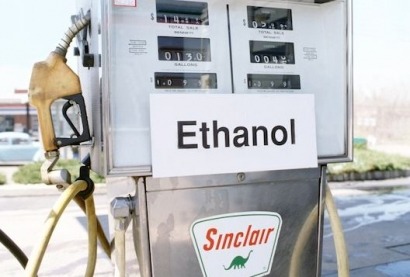 As we know, Mexico dependence towards oil is quite high, being the eighth world largest oil producer (EIA, 2011). Although having faced several challenges of decreasing crude oil production, recent discoveries of new reservoirs would address the issue regarding higher energy security for the country’s fuel supply (Anon; Malkin, 2012). However, the need for cleaner sources of transportation fuels would still linger on. And in this case the most accessible fuel for blending into existent fuels would be ethanol from biomass. This as well would be helpful towards the further development of local agriculture.

The Mexican Ministry of Energy, due to the failure based on poor market conditions to integrate entrepreneurs participation towards the licensing for ethanol fuel production, had to rephrase the strategy in order to incorporate the real market conditions in the country.

This situation reflected the all the potential factors addressed by Dominguez (2008) regarding the growth and development of fuel-grade ethanol production in Mexico. Thus it was established the Anhidrous Ethanol Introduction Program (SENER, 2011) to work as a framework to link adequately the productive chains with the social and economic sectors, as well as fomenting research and development with no impact towards food security.

This was started by integrating the existing five strategic lines from the previous Bioenergy Introduction Program into three to focus towards the main issues to strengthen the foundations for the fuel ethanol industry:

1)      Generate market certainty. The national oil company, PEMEX, had already defined a process flow for purchasing ethanol to producers and distributing it into their terminal for storage, blending and delivery. This needs to be linked with the influence of international prices and cost/benefit of ethanol production. If it is not profitable to produce ethanol, or conditions are not friendly for new investment, new projects will delay (as it has happened already with several projects, like the sweet sorghum ethanol plant to be located in the northern Mexican state of Tamaulipas, or the agave ethanol plant in Jalisco).

2)      Increase production levels. This by linking the public and private investment towards the development of new projects directed to enhance agricultural production of raw materials as well as ethanol production, storage and distribution. This is somehow similar to what the National Renewable Energy Laboratory from United States has defined but for lignocellulosic ethanol biorefineries, most of them developed through grant support and joint private investment.

3)      Strong support to research and technological development. One of the first planned activities was to create the National Registration of Research and Technological Development in Anhidrous Ethanol. This is quite important since all the activities along the productive chain (from seed to wheel) need to be studied and reviewed in order to present suitable solutions, according to the region, biomass to be used and production processes.

These three strategic paths are quite important due to the issues found during the first stage of implementation right after the approval of the Bioenergy Law. One of them was the lack of precise data regarding the agricultural stages as well as extractive processes for potential biomass sources in Mexico, since most of the information comes from other countries with further ethanol industry development and thus not representative enough to give a proper assessment of the potential costs, energy consumption and carbon emissions of the whole productive chain. Another would be to go further and diversify the potential sources of biomass studied to be a feasible candidate for ethanol production. Mexico has a lot of different climate areas along its territory, which means another crops could be suitable for ethanol production (as agave).

For the successful development of the Mexican ethanol industry for transportation fuels, it is paramount to deliver high efficiency and low-cost solutions to overcome the competitive advantage of fossil fuels. Since the aspect of energy security would be presumptively covered with the new oil reservoirs recently discovered in deep waters exploration, the pending matter would be to aim for cleaner transportation fuels. This is not likely to happen just for behavioral decisions: a policy framework needs to be strengthened as a coercive force in order to be achieved.

As Esty (2012) suggested, one of the steps to create comparable conditions for competition between clean and conventional sources of energy, if price is to be put on carbon emissions, fossil fuels would be affected thus balancing the choices between ethanol and petrol. Either that or a framework to aim for greenhouse gas emissions (GHG) reduction, which the Mexican government has recently approved (Wall, 2012), aiming to reduce GHG levels by 30% by 2020 and 50% by 2050.

Thus we see the urgency for looking for cleaner sources of energy that could impact favorably to the emerging ethanol industry. We only expect that a proper follow-up is given to make these strategies to be successful.