Tuesday, 13 April 2021
0
REM
Marine-i has agreed to support a year-long research program to identify the potential for wave, tidal and floating wind technologies to be deployed around the Isles of Scilly. It is expected that this will lead to long-term economic, societal and environmental benefits for the communities living on the islands. 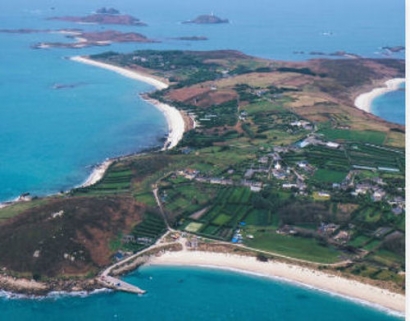 Partfunded by the European Regional Development Fund, Marine-i is designed to help the marine technology sector in Cornwall and the Isles of Scilly grow through harnessing the full potential of research and innovation.This new initiative is being led by three businesses: Isles of Scilly Community Venture, a not-for-profit company focused on developing projects that will help Scilly become fit for the future, Waves4Power and Planet A Energy.

Jim Wrigley of Isles of Scilly Community Venture says, “Being located nearly 30 miles off the south west coast of England, marine power is a natural choice for us and could make Scilly self-sufficient in energy. However, an obstacle to this is that the key data that developers need to assess its viability does not currently exist in the level of detail required. We are delighted that Marine-i has agreed to assist us in creating this new databank, which could be the key that unlocks some really exciting green energy solutions for Scilly.”

Through its engagement with Marine-i, the consortium has gained access to leading research expertise at Marine-i partners, University of Exeter, University of Plymouth and the Offshore Renewable Energy (ORE) Catapult.

Neil Farrington of ORE Catapult says, “The new data repository will be used to underpin key decisions about marine renewable energy development on the islands, which could comprise locally-owned projects as well as commercial enterprises. It could be the springboard for a new era of green energy on the Isles of Scilly.”

Prof. Lars Johanning, Programme Director for Marine-i adds, “This is a great example of the public sector, private enterprise and academia coming together to enable new developments to take place that will benefit the local community. This innovative databank will be a vital resource for developers and their stakeholders,  helping them to assess the viability of marine renewable energyfor the islands. This could be an important step in helping Scilly achieve its vision of a sustainable, net-zero carbon future.We hope that the project’s research approach will become a role-model that will be adopted internationally. This would accelerate the rate at which other island communities could reap the benefits of marine energy, while also helping in the global battle against climate change.”