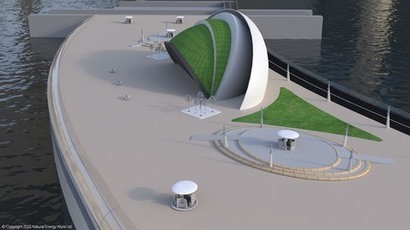 Natural Energy Wyre (NEW) has been working on the project in order to generate electricity for over 50,000 homes from the tidal range at the mouth of the River Wyre in Fleetwood, Lancashire. The UK has some of the highest tidal ranges in the world, which makes the British Isles an ideal location for THEP technology. The mouth of the River Wyre at Fleetwood has a very high tidal range, in excess of 10 metres at spring tides. Harnessing this energy represents a valuable resource that could provide British homes and businesses with affordable electricity for generations to come.

The team at NEW have been studying tidal flows for several years, investigating ideal locations for the THEP within the UK. The River Wyre, which flows into Morecambe Bay at Fleetwood, experiences tidal ranges of more than 10 metres on spring tides, and combined with an unusually narrow estuary of only 600 meters span, it provides the ideal location.

The Fleetwood THEP incorporates technology that is comparable to that used by projects in other parts of the world, such as Brazil, France, South Korea and Russia. For example, the La Rance Tidal Power Plant in France, has just completed its first major refurbishment after almost 50 years of completely dependable electricity production. Furthermore, THEP technology provides essential flood defences on rivers, with the turbine mechanisms being able to restrain incoming water at crucial moments, or in an emergency, reduce water levels further by pumping it out seaward. This feature reduces the risk of flooding in the towns and villages further upriver.

These similar projects have brought numerous ancillary benefits with them. La Rance in France attracts over 500,000 tourists per year to view the site, generating numerous jobs in addition to the skilled roles needed to run a THEP. The NEW team believes that the project will give a significant boost to employment in Fleetwood, with many benefits to the town and surrounding area, including plans for enhanced local leisure facilities and environmental benefits that favour the future security of fish and bird life on the river.

“We have involved the local public in this project from the start and constructing a THEP at the chosen location would be a major step for this small town” said Bob Long, MD of NEW. “Fleetwood has suffered the loss of many thousands of jobs since the Cod-Wars of the 70’s, which saw UK fisheries excluded from catching in Icelandic waters.”

With a total build cost of under £300 million and production of over 200 gigawatt hours (GWh) of energy a year, a THEP at Fleetwood’s unique location competes strongly with all other technologies. However, there is one very distinct feature that cannot be overlooked. THEPs have lifespans in excess of 125 years and after capital repayment, can produce the cheapest electricity on the planet.

Global demand for electricity continues to rise. Furthermore, the UK may need to focus on self-sufficiency if Article 50 is activated following the EU referendum, particularly in the energy sector. According to NEW, the investment in THEP technology will not only ensure the UK’s ability to harvest the vast amounts of free energy available along the British coastline, but will also provide protection to wildlife habitats, limiting the effects of rising sea levels and increased rainfall.

The THEP not only produces valuable energy, but is also a catalyst for commercial growth, providing opportunity for employment at many levels, pre and post construction. An online poll designed to evaluate local support was hosted by the company’s website and returned a positive figure of 93 percent in favour of the project.

Natural Energy Wyre (NEW) was formed in July 2014. The company is working closely with the government in order to ensure the project remains economically viable and within all applicable limits. It expects the deployment of the THEP to be a global first, employing state-of-the-art power management technology and potentially acting as a precedent for further THEP projects elsewhere in the UK and abroad. 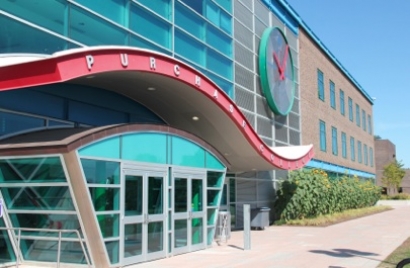 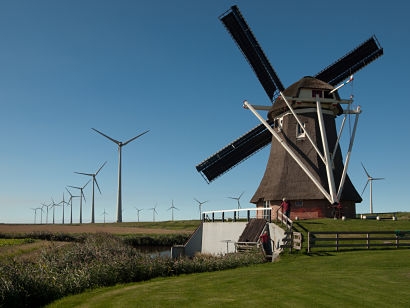 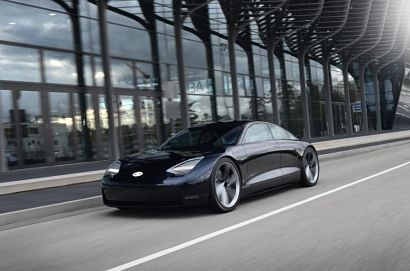