APPA Encourages Use of Biomass and Geothermal for Urban Air Conditioning

Monday, 13 August 2018
0
REM
APPA Renovables applauds the initiative of various Spanish municipalities, including Madrid, to introduce tax measures, such as the bonus on the Real Estate Tax (IBI), for renewable air conditioning and the same bonus is requested for all clean technologies so that the decision is taken by suppliers and consumers according to technical-economic criteria and to guarantee maximum efficiency of each project. 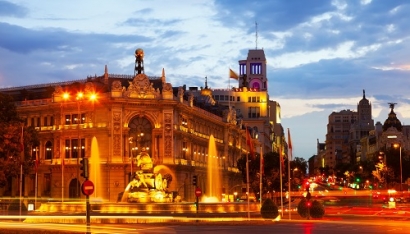 "The biomass and geothermal solutions for air conditioning are perfectly integrated into these policies to meet thermal needs with renewable systems perfectly compatible with the air quality of cities," stated APPA.

The control of energy costs in the face of fuel price variability and environmental commitments are powerful reasons for renewable development at the national level, they add. However, large population concentrations have an even more important reason to bet on clean technologies: the health of citizens. According to the latest reports of the European Environment Agency (EEA), air pollution causes about 490,000 deaths in Europe and 31,530 in Spain.

Approximately 80% of the population of Spain lives in cities that are real energy sinks, where half of the energy is consumed in the residential sector. Specifically, more than 20% of national energy consumption is allocated to the air conditioning of buildings, where fossil fuels are mainly used as the penetration of thermal renewables is still its early stages in the country.

In this sense, APPA Renovables applauds the initiatives that seek a sustainable and renewable air conditioning, which guarantees high energy rating values and better air quality in cities. But they point out the need for the measures to include all renewable technologies so that each citizen, depending on the existing technical-economic characteristics and their energy needs, can choose their most appropriate solution.

Regarding biomass, they indicate that "biomass systems are low emissions and perfectly compatible with the cities' air quality objectives, which can cover all the thermal demand, from individual boilers to large heat networks, that contribute with a high efficiency to satisfy the needs of renewable heating of several sets of buildings (blocks of houses, offices,  etc. ).”

For its part, adds APPA, "geothermal heat exchange systems combine the use of renewable energy that is available in all types of terrain with high efficiency to generate heating, air conditioning and hot water (DHW) in the same system.”

APPA also defends the networks of renewable heat in front of the individual boilers, and affirms that they should be habitual, "since they provide the efficiency that is expected of the big installations."

An example of this is the heating network of Móstoles Econergía, which supplies heating and DHW to 2,500 homes, although it is expected to serve 4,000 more homes in the future. This network, which uses forest chips, reduces the cost of heating and DHW by 15 percent and avoids the emission of 9,000 tons of CO2, according to APPA data.

The waste can be of various kinds: forestry, agricultural, livestock, industrial and, of course, urban. The energy recovery of the organic fraction of municipal waste can be used to obtain biogas that, after being conditioned to be converted into biomethane, has characteristics almost identical to natural gas and can be used to satisfy Spain’s thermal energy demands, either through the gas network - injecting it, as it does in Valdemíngómez the City of Madrid - or using it directly.

Regarding geothermal energy, the association indicates that geothermal heat pump exchange systems could contribute substantially to the European Union's target of 32 percent renewable energy by 2030. APPA recalls that its operating conditions remain practically constant, given that the temperature of the terrain remains unchanged from a certain depth, which allows reaching high seasonal yields (SPF) above 4, which guarantee not only the excellent efficiency of these air conditioning systems but also the renewable character of them.

Unlike other systems of air conditioning with heat pump, with significantly lower seasonal efficiency values, which compromises their renewable nature.