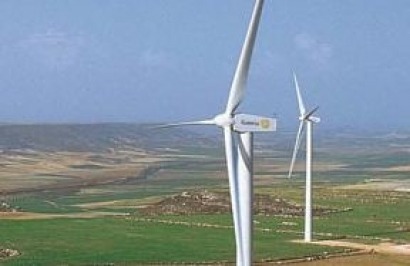 With manufacturing plants in Spain and China and a global sales and maintenance network, Gamesa Electric is developing projects in Europe, the Americas, Asia and Africa in the power electronics and electric motors and generators markets, its two main business lines.

"We have invested in technology and manufacturing development in recent years and gained wide-ranging know-how and competitiveness in the electric components field, an achievement underpinned by our track record in the wind power business," said Gamesa Operations Managing Director Ricardo Chocarro.

"This process has enabled us to make a qualitative leap forward in our technical and manufacturing capabilities, which we now want to leverage and capitalise on more intensely, devoting more resources to other industrial businesses in which we have been a player for many years," Chocarro said.

In the power electronics sector, the company operates primarily in solar photovoltaic in international markets -Gamesa Electric has installed more than 1,500 photovoltaic central inverters worldwide to date- and sells solutions to facilitate the integration of renewable energy to power grids.

In the photovoltaic solar market, the company has forged commercial relationships with, among other firms, China's Sky Solar, a leading international photovoltaic developer, to supply 10 of its PLUS range inverters, each with capacity of 500 kW, for a PV solar farm in Bulgaria. Meanwhile, it has ventured into India, a new market, commissioning its first sites.

As for the hydroelectric market, in which Gamesa Electric is a European leader, in recent months the company has signed deals to supply generators in Turkey, Canada, Norway, Italy and Spain and has secured its first contract on the African continent.

Additionally, it is in the process of commissioning the Ashta hydroelectric power plant in Albania, powered by 90 submerged permanent magnet generators, as part of Andritz's Hydromatrix project.