Thursday, 21 August 2014
0
Dan McCue
Global CO2 emissions hit a new record level in 2013, climbing to 35.1 billion tonnes, about 670 million more tonnes of carbon dioxide from fossil fuels than was blown into the atmosphere the year before, according to  IWR, a Muenster-based renewable energy institute. 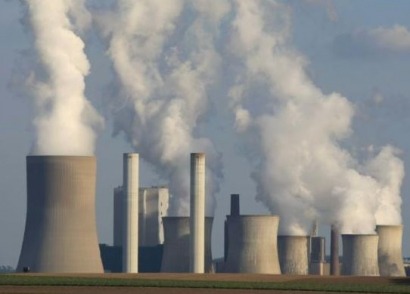 This represents an increase of 1.9 percent and a continuous rise since the advent of the economic and financial crisis in 2009.

"The annual increase is apparently unstoppable, the year with the global CO2 peak and therefore the turning point cannot yet be foreseen" said IWR Director Dr. Norbert Allnoch.

The development confirms the IWR trend scenario from 2012, in which global CO2 emissions were projected to potentiall increase to over 40 billion tonnes by 2020.

So who's belching out all this CO2?

IWR has calculated that worldwide investments of €560 billion a year are needed to compensate the annual increase in CO2 emissions, its preference being through the use of renewable energy technologies.

The organization says an investment model such as the CERINA (CO2 Emissions and Renewable Investment Action) plan would be more likely to mobilise climate protection in many countries and make up for the annual CO2 increase than a limitation approach featuring penalties for non-compliance with agreed CO2 reduction goals.