Government to charge renewables a toll of €850 million

Thursday, 05 July 2012
0
Toby Price
Spain has gone from being one of the world’s most attractive renewable energy markets to a challenging place for clean energy projects to get off the ground and survive. First the Popular Party, which is currently in power, introduced a surprise moratorium on feed-in tariffs for renewables that does not appear to be lifted any time soon. Now, the same party has announced plans to charge a toll or tax on hydroelectric and nuclear production, and another on renewable output. 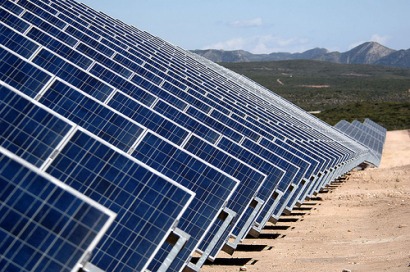 The Spanish government is working to implement an energy reform, which was expected to be approved by the Cabinet (Council of Ministers) last Friday, but is now likely to be passed this week or next. According to the Spanish daily, Cinco Días, which cites government sources, “it is certain a toll [or tax] will be introduced on hydroelectric and nuclear production, and another on renewable output”.

The toll on renewable electricity included in the proposed reform amounts to €850 million and will be calculated based on the efficiency of a renewable energy plant. Another rate will also be imposed on hydro and nuclear, whereby the cost of the reform to conventional power producers will amount to €1.9 billion, explains Cinco Días.

As explained, the rate applicable for each technology will be calculated based on its efficiency, although it appears that solar photovoltaic (PV) and solar thermal electric producers will be most affected by this new tax, as the price of energy they produce is currently more expensive than that generated by wind farms. In any event, the blow will be felt most by all renewable energy producers, as they tend to be smaller companies with less capacity to absorb cost increases of this calibre than the major utilities involved in hydroelectric, nuclear and conventional power production.

According to the financial daily, "the Government has opted to impose a toll due to the legal complexity of reducing the feed-in tariffs for renewables and cogeneration. It is estimated that €1.9 billion of the €4.5 billion the Government intends to generate for the electricity system by cutting costs, introducing the new tolls and increasing electricity bills will be contributed by the conventional utilities".

Industry Minister, José Manuel Soria, has also raised the possibility of cutting the so-called “interruptibility rate”, a special price enjoyed by large industrial consumers in exchange for assuming the risk that they may experience power cuts; a circumstance which has not actually occurred for years.

"Another pillar of the reform – the tax rise on oil or electricity charged through electricity bills – is in jeopardy because of the difficulty of establishing a link between the revenue collected and costs financed through the electricity system, and the feed-in tariffs for renewables. The proposal of Minister Soria and of Alvaro Nadal (the chief of the Economic Office of the President of Spain) is being dismantled by the Ministry of Economy and Finance".

The Government could approve a rise in access tolls this month, which was not included due to procedural problems revolving around increasing electricity bills by almost 4% which came into force yesterday, and which only reflects the part relating to energy prices. To review these tolls, the Industry Ministry must submit a proposal for a Ministerial Order to the National Energy Commission (CNE), which must then issue a mandatory opinion. If approved, the increase may be applied retroactively from 1 July.

In any event, the jury is still out on whether these measures will serve to end Spain’s electricity system tariff deficit as the Government hopes, or if a thorough energy reform will be required to introduce major changes to electricity generation prices and redesign many of the components that are paid for through the present electricity tariff.

Either way, this week Spain’s Renewable Energy Producers Association (APPA), the Spanish Solar Thermal Electric Industry Association (Protermosolar) and the Spanish Photovoltaic Union (UNEF) issued a joint statement calling on the Government to pay “maximum respect to legal certainty”. In the same vein, the Spanish Renewable Foundation (Fundación Renovables, which is currently running a campaign to boost its members) also believes “the Government must not fall into the same trap as in the past and hold back renewables”.

Meanwhile, sources in the solar PV sector have informed Europa Press that the request filed last November with the International Court of Arbitrationhas led to the first meeting in Geneva kicking off international arbitration proceedings.

The request for arbitration was presented by 14 foreign investment funds and energy companies after the Spanish government refused to respond to their concerns regarding the retroactive cuts to the feed-in tariffs for solar PV introduced through Royal Decree 14/2000.

The parties concerned are calling for hundreds of millions in compensation and base their case on the 1994 Energy Charter Treaty: a multilateral international treaty designed to protect long-term energy investments. The case is being handled by the law firm, Allen & Overy.

These investors handle over €22 billion of capital on behalf of over 70 pension funds and institutional and individual investors.

Original article in which REM covered this story in April 2011