Wednesday, 26 January 2022
0
REM
Green Arrow Capital SGR, an Italian independent alternative asset managers, is further consolidating its leadership in renewables with an investment in Spain aimed at consolidating its presence abroad. The Group has announced that it has signed a framework agreement through the Green Arrow Infrastructure of the Future Fund with Progressum Energy Developments  aimed at acquiring ready-to-build solar PV plants in Spain with an overall expected capacity of 508 MW and a total value of over €400 million. GAIF is the new infrastructure fund, managed by Green Arrow Capital, launched at the beginning of 2021. 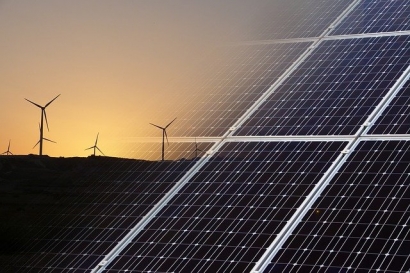 Following this transaction, the pipeline acquired by GAIF during 2021, consisting of photovoltaic, wind and hydroelectric plants in operation, under construction and ready-to-build, now exceeds 800 MW. In addition to projects in biomethane production, storage/EV charging infrastructure and 5G towers.

Daniele Camponeschi, the founder of Green Arrow Capital and CIO said, “This acquisition in Spain is the first major international transaction aimed at consolidating GAIF's positioning abroad. This investment will provide the fund with a significant initial presence in the Spanish market. Our goal is to make further strides towards becoming a key player in energy transition and to expand our strategy of integrating the value chain of the renewable sector internationally. It is this investment strategy that sets GAIF apart from its competitors. In this regard, we are pleased to announce that, in partnership with E-GAP, the fund's activities regarding storage and EV charging infrastructure will soon be launched in Spain, France and Germany (starting from Madrid, Paris and Munich respectively)”.

For Green Arrow Capital SGR, the operation was overseen by Daniele Camponeschi,together with Giulio Barendson and Federico Giannetti.