Thursday, 29 August 2019
0
REM
UK research and strategy consultancy, Populus, has conducted a stody which shows half (51 percent) of energy customers want the country to invest in a sustainable energy infrastructure, even if it means bills increase. This is more than the 44 percent that say they don’t mind which sources their energy comes from as long as it is cheap 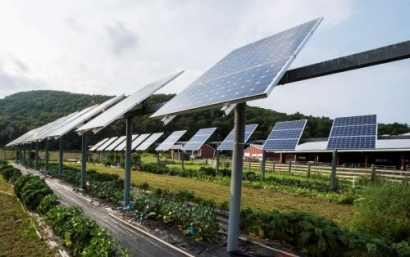 According to the firm, just under half (45 percent) of all energy consumers say a clear commitment to the environment is one of their top three requirements in an energy supplier.

Populus also carried out research on its Populus MP Panel, surveying MPs from all the main political parties.

Over half (57 percent) of all MPs agree that it’s vital that the country invests in a sustainable energy infrastructure, even if it means bills increase. Labour MPs are more likely to agree with this statement (76 percent) than Conservatives (38 percent).

The majority (70 percent) of all MPs agree that smaller energy suppliers provide competition to the larger companies in the energy market and help to keep prices down. This rises to 76 percent of Conservative MPs and drops to 67 percent of Labour MPs.

The research also shows that consumer switching behavior is on the increase. In 2016 just 13 percent of consumers were likely to switch. By 2019, more than a quarter are classed as likely to switch.

The evidence shows that switching behavior is a part of every-day life for British consumers. The report shows that 19 percent of all energy consumers have researched energy prices and offers within the last three months. This rises to almost a third of customers with smaller suppliers, and 23 percent of those with disruptive suppliers.

The research underlines how switching drives switching. The majority of those who have switched in the last 2 years say they’d do it again. This rises further still for those with smaller and disrupter suppliers. The evidence supports the view that once customers have already switched, they are likely to do so again.

The evidence shows that, on balance, many consumers are willing to take a slight hit to their pockets, if they know that the energy they’re using really does make a difference.

The research was published as part of a new whitepaper, The Changing Tides and Currents of the Energy Market.