Thursday, 16 February 2012
0
Toby Price
EurObserv’ER has released its latest report, providing a round-up of the state of Europe's clean energy sector in 2010. According to ‘The State of Renewable Energies in Europe’, the European Union’s renewable energy shares in 2010 indicate that is well on track to meeting its 2020 targets and that its clean energy sector already employs over a million people. 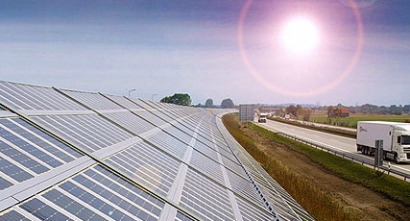 Gillett added that despite a cold winter and a high level of rainfall, which helped renewable output, this figure “highlights the positive impacts of support policies and additional investments by market players”.

According to the official data published in November 2011 by Eurostat, the share of renewables in the European Union (EU) was 11.6% in 2010. Furthermore, Virginie Schwarz, Executive Programme Director of ADEME, reveals in her preface that “we [Europe] have travelled a long way even if the 2010 targets have not entirely been met”. She says that 85% of the 1997 White Paper target of 12% renewable energy share of primary energy consumption has been achieved at roughly 10.2%. Secondly, the previous Renewable Electricity Directive (2001/77/EC) target of 21% renewable energies in the EU’s gross electricity consumption has almost been achieved, at 19.8%, namely 5% short of the target.

Contributions to the renewable energy growth can be found in the increase in final consumption of solid biomass for heating due to a long winter, but also the increase of renewable electricity technologies (hydropower, electricity from biomass, wind power and solar power (mainly photovoltaics)).

EurObserv’ER has calculated that the European Union already is ahead of the energy trajectory mapped out in the NREAPs (145 Mtoe compared to the 136.8 Mtoe projected for 2010 by all Member States together). EU members should produce an extra hundred Mtoe of final energy from renewable sources to achieve the 2020 target of 20% of renewable energies in the EU-27 final energy gross consumption (2009/28/CE directive). It equates to an extra annual average of 10 Mtoe of final energy from renewable sources.

Schwarz says "all this is good, heartening news for Europe", although she warns that it is based on "a nascent and thus fragile momentum that calls for support and nurturing”.

“It will require a raft of converging support measures to help reduce financial energy consumption and at the same time increase renewable energy output to ensure this growth is sustained over time,” she stresses.

Jobs and wealth creation up

The renewable energy sectors, taking all 27 European Union Member States together, have more than 1,114,000 people employed. This is a 25% increase on the 2009 figure (of 912,220). The top employer is solid biomass with more than 273,000 jobs, followed by photovoltaic and wind power with respectively 268,110 and 253,145 jobs estimated for 2010. Business in the photovoltaic sector surged in 2010, which led to a 50% increase in job numbers and in countries as such Germany, France and Italy job numbers expanded by 70% and more.

The economic activity of the 27 European Union Member States for 2010 stemming from renewable energies is up 15% on the 2009 figure of €120 billion. Excellent performance by the photovoltaic sector, with sales of 45564 million euro in Europe’s markets, has taken it past wind power as the top earner. Photovoltaic is followed by the wind power and solid biomass sectors.

Seven case studies have also been analysed in ‘The State of Renewable Energies in Europe’, highlighting which countries have performed especially well in which technology segments. Thus, Spain, and Andalusia in particular, has been chosen for the impressive growth in its concentrated solar power sector. Meanwhile, Germany (Lower Saxony) and France (Champagne-Ardenne) were selected to discuss how they have developed their biogas and biofuels industries, respectively.

‘The State of Renewable Energies in Europe’, 2011 edition