President of EREC says Energy Roadmap 2050 not clear on decarbonisation

Friday, 16 December 2011
0
REM
The European Commission’s long awaited Energy Roadmap 2050 published yesterday highlights the crucial importance of renewables in Europe’s energy future, but lacks clear direction for getting to the EU’s objective of reducing domestic greenhouse gas emissions by 80% by 2050, according to the European Renewable Energy Council (EREC). 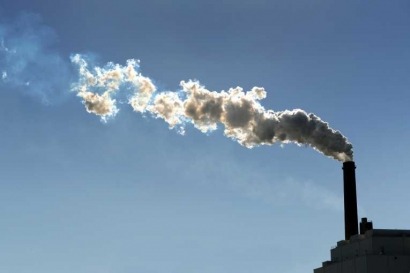 “It correctly recognises that renewables and energy efficiency must play a much bigger role in Europe’s energy supply, now and in the long run,” said Arthouros Zervos, President of EREC, “and that is positive.”

But it has failed to merge renewables and efficiency in a joint scenario. “A binding 2030 target for renewables should be based on such a scenario and is the best way to maintain investor confidence and to achieve the emission reduction targets identified in the roadmap and for ensuring sustainable growth for Europe. The renewables industry calls for a binding 45% target. I call on the European Parliament and Council to mandate the Commission to finally propose a 2030 renewable energy target,” stressed Zervos.

The roadmap finds that decarbonisation of the energy sector based on renewables leads to overall system costs similar to those in other decarbonisation scenarios. “This is a clear signal sent to policymakers that a sustainable and secure renewable energy future is not only technically feasible but also economically sound,” said Zervos.

The EREC President however criticised the Commission, in its impact assessment released with the roadmap, for claiming that the high renewables scenario would lead to higher electricity prices than the others after 2030: “The alleged high price is an attempt to discredit renewables. It is based on completely unrealistic assumptions such as running fossil and nuclear plans very infrequently. In reality no one is going to build a nuclear plant to run at 50% capacity. Other biased assumptions include overly high capital costs for renewables, insufficient energy efficiency, no infrastructure costs for CCS, and an oil price of $70, when it is already over $100 today.”

“In order to reach the goals outlined in the roadmap, market design and energy infrastructure will have to change,” said Zervos. “But the model used in the Roadmap assumes that the market is not going to change, that the evolution will be static.”

However, an “Energy Roadmap” needs to go beyond electricity. “Although renewable heating and cooling is acknowledged to be vital to decarbonisation, an analysis of the heating sector is missing and deserves further investigation, as it currently represents 50% of the total energy consumption in the EU,” said Zervos. In this roadmap, the three dimensions of the energy sector (power, heating and cooling and transport) are not seen in their relation to each other, though what is needed is a vision for the whole sector.

EREC, the European Renewable Energy Council, is the umbrella organisation of the major European renewable energy industry, trade and research associations active in the field of photovoltaics, small hydropower, solar thermal, bioenergy, ocean & marine, geothermal, wind energy, solar thermal electricity and biofuels. It represents an industry with an annual turnover of more than €70 billion and more than 550,000 employees.