Thursday, 02 July 2015
0
REM
Developing the vast renewable energy resources of Fiji, the Marshall Islands and Vanuatu would provide substantial socio-economic benefits for their citizens, according to three reports released today by the International Renewable Energy Agency. 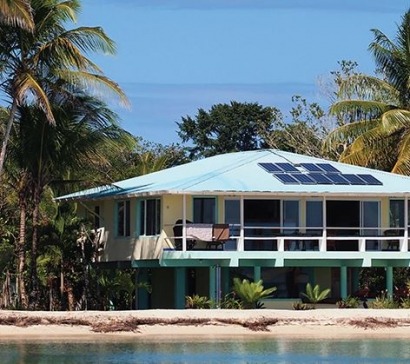 " The falling costs of renewable energy offers them an opportunity to rethink their energy strategies, develop policies and build institutions that would create jobs, bring power to those currently without and deliver more reliable electricity services, all while combatting climate change,” Amin added.

Vanuatu has abundant renewable energy resources, including solar, geothermal, wind, biomass and biofuel, but is still dependent on imported fossil fuels. In recent years, the high cost of imported energy has hampered social and economic development.

Accordingly, the government created a National Energy Roadmap, which aims to increase the share of renewables in the nation’s energy mix from 43 per cent today to 63 per cent by 2030. The Vanuatu Renewables Readiness Assessment outlines achievements towards this end and identifies areas for further action including capacity building and the development of off-grid renewables to bring modern energy services to the 83 per cent of rural residents currently without.

The Marshall Islands is rich in solar and wind potential, but, like Vanuatu, depends heavily on fossil fuel imports. After declaring a state of economic emergency following a 2008 fuel price spike, the government enacted the National Energy Policy and the Energy Action Plan, which aim to improve lives through renewable energy deployment.

Since then, thousands of solar installations have taken place on households in the outer islands, but wind potential has yet to be explored. The Marshall Islands Renewables Readiness Assessment outlines areas for further action, which include improving institutional coordination, planning for off-grid renewables and addressing fuel drum leakage.

Fiji’s National Energy Policy finds that it could feasibly achieve 100 per cent of its energy from renewable sources by 2030, but reaching this target will require more action. The Fiji Renewables Readiness Assessment recommends implementing the National Energy Policy, improving coordination between agencies and exploring renewable-powered maritime transport and geothermal energy.

“Renewable energy is no longer just the best choice socially and environmentally, it is also the best choice economically for many countries in many parts of the world,” Amin said. “It has never been cheaper for small island states to reduce electricity costs, increase energy independence and improve energy access through the deployment of renewable energy.”

Renewables Readiness Assessments (RRAs) offer a holistic evaluation of conditions for renewable energy deployment in a country and outline the actions necessary to further improve these conditions. Since 2011, more than 20 countries in Africa, the Middle East, Latin America, the Caribbean, Asia and the Pacific Islands have undertaken the RRA process with IRENA to accelerate the domestic deployment of renewable technologies.