Tuesday, 30 October 2018
0
Robin Whitlock
Widespread disappointment for the UK renewable energy sector in the Chancellors 2018 Autumn Budget, across a number of clean energy technology sectors, provokes dismayed reactions from trade associations and condemnation from Greenpeace and the Green Party. 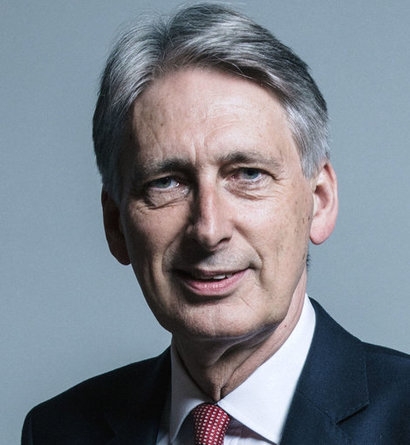 The Autumn Budget announcement delivered in the House of Commons yesterday (Monday 29th October) by Chancellor of the Exchequer Philip Hammond was controversial for a number of reasons across a variety of sectors, but the UK renewable energy sector has expressed particular disappointment over the meagre

Yet again, there was no visible support by the government for nationwide food waste collection aimed at driving forward biogas production from anaerobic digestion. The Anaerobic Digestion & Bioresources Association (ADBA) in particular has repeatedly attempted to move the government on this issue, thus far without too much success. ADBA also commented on the need to replace the Renewable Heat Incentive (RHI) in order to further support heat generation from renewable sources.

In its Budget Submission, ADBA set out the case for rollout of universal food waste collections in England to replicate the improvement in food waste recycling rates seen in Scotland, Wales, and Northern Ireland as the result of a similar policy. As well as helping to divert food waste away from environmentally damaging landfill or incineration, the National Infrastructure Commission has estimated that introducing universal food waste collections in England would save local authorities up to £400 million in capital costs and £1.1 billion in operational costs between 2020 and 2050.

The Budget states that if current policy fails to reduce the amount of waste going to incineration and landfill ahead of recycling, the Government is prepared to introduce a higher tax on incineration, though it declined to set out a firm timetable for this.

“We were disappointed that the Budget did not confirm a commitment to introducing universal food waste collections in England or any further funding support to encourage local authorities to introduce these where they haven’t already done so” said Charlotte Morton, Chief Executive of ADBA. “We strongly urge the Treasury, BEIS and DEFRA to ensure the forthcoming Resources & Waste Strategy includes these measures to help end the scandal of valuable organic materials being wasted in incineration or landfill - meeting our Carbon Budgets depends on it. As highlighted by the Committee on Climate Change, we also need urgent action on replacement for the Renewable Heat Incentive by the end of the year to ensure that generation of renewable heat continues to receive government support”.

Ms Morton added that ADBA welcomes the confirmation that Ministers will maintain the difference between alternative and main road fuel duty rates until 2032 to support the decarbonisation of the UK transport sector, which recognises the valuable role clean fuels such as biomethane need to play.

ADBA said it intends to continue pushing strongly for support for universal separate food waste collections in the forthcoming Resources & Waste Strategy, and will continue to make detailed representations to the relevant Departments.

UK biogas generation wasn’t the only renewable technology to, again, receive weak acknowledgement from the current government. The Solar Trade Association (STA) quickly expressed its bitter disappointment with the Autumn Budget Announcement shortly after its delivery yesterday. The announcement saw no progress on reasonable requests by the UK solar industry for fair tax treatment. This means that barriers to the uptake of solar and storage in the UK, which put clean energy at a competitive disadvantage compared to fossil fuels, remain in place, including business rates and capital allowance treatment. Tax disadvantages will therefore continue to hamper the progress of renewables and smart energy in Britain, just as the Intergovernmental Panel on Climate Change warns that the time left to act is fast running out.

This year, deployment in solar PV has fallen to an eight-year low, with just 200 MW of deployment expected for 2018, representing a 95 percent fall compared to 2015. This has had serious implications for the industry, with some of the UK’s largest solar companies struggling to maintain an installer base, which will also hamstring the rollout of energy storage technologies.

“Investment in renewable energy has plummeted in the UK and largely for want of fair tax and market treatment” said Chris Hewett, Chief Executive at the STA. “The Chancellor has again missed a vital opportunity to do the right thing, not only by the planet and the thousands of people who want to support clean energy, but by simple fair market principles. This government claims to support clean, green technologies, but this rhetoric is far from being matched by even the most modest of actions. Solar is the biggest clean energy market in the world today and by putting obstacles in the path of this technology the Government is frustrating the urgent energy transition and putting British industries at a disadvantage in global clean energy markets.”

The STA regards the Autumn Budget announcement as a prime example of government inaction which was warned against in the recent special report from the Intergovernmental Panel on Climate Change, calling for decision-makers to actively avoid ‘a lack of regulatory or policy commitment’ which fails to stimulate low-carbon investment. The report, which warns that we only have 12 years to avoid breaching 1.5ºC of warming and catastrophic climate change, identified the bulk of the heavy lifting for climate change mitigation will be done by renewables.

Alongside the STA and ADBA, business and technology consultancy Baringa Partners also expressed its disappointment with the Budget with regard to the UK electric vehicle (EV) sector.

“The lack of any announcements in today’s Budget aimed at supporting the uptake of electric vehicles, is incredibly disappointing” said Oliver Rix, Partner in Energy & Resources at Baringa Partners. Last week, the Government scrapped its grant for plug-in hybrids, which was an essential support for both consumers and the motor industry in the early stages of the transition towards the Government’s goals for 100 percent electric vehicles. As we’ve seen in the Netherlands, scrapping or substantially reducing financial support can have disastrous consequences – there, sales dropped from over 40,000 plug in hybrids in 2015 to less than 2,000 in 2018 when changes to tax rules were made. However, the Government does face a challenge. If EV uptake continued on par with the pathway the Committee on Climate Change has indicated would be in line with future carbon budgets, sales would reach around 250,000 by 2020 – which based on current grants would represent a subsidy cost of up to £780 million that year. Further, whilst plug in hybrids have short term benefits in alleviating range and re-charging issues whilst getting zero emission-capable vehicles on the road, it is right that the long term trajectory focuses on 100 percent electric vehicles as range, charging infrastructure and model availability improve”.

Mr Rix added that the question is how to manage a transition as EV vehicle costs decline, without significant risk of stifling the momentum that has been building. Just as the Government is looking at ramping up its long term ambition in light of the IPCC’s recent report, which revealed the dangers of missing the Paris Agreement by .5 degrees C, the decision to scrap the grant for plug-in hybrids is too much of a cut too soon. Electric car uptake had been one of the key success stories of the UK’s Road to Zero ambitions, but removing the grant could put electric cars beyond the reach of consumers.

Baringa said it is urging the government to review its policies on electric vehicles, as its current stance risks putting uptake in reverse.

Labour leader Jeremy condemned the Autumn Budget in a number of key areas, with a very strong and stinging attack on the government's response to climate change:

"This government still lacks any meaningful strategy for creating high-skilled jobs in every region and nation and failing abysmally to invest in the industries of the future necessary to tackle climate change" said Mr Corbyn. "The IPCC report this month was clear on the consequences. We can only avoid climate catastrophe if we act now. The government's response has been to cut support for our solar industry, losing 12,000 jobs in the process, slash the building of onshore wind, cut subsidies for electric vehicles, sell off the Green Investment Bank and instead to back fracking in the face of overwhelming local and scientific opposition. Ten years ago, it was a Labour government that passed the Climate Change Act - world leading legislation to reduce greenhouse gas by 80 percent by 2050. This government is not even on target to do that. Clean energy investment fell 56 percent last year, and the UK produces less of its energy from renewables than Germany, Spain, France or Italy. This government, I believe Mr Speaker, is failing to protect our environment and in doing so, failing to protect all of our futures".

The Chancellor’s announcement that the Budget will maintain special tax subsidies for the oil and gas sector received special condemnation from Greenpeace. The environmental NGO said on Twitter that “three weeks since the world’s leading climate scientists said governments have just 12 years to turn the tide on the catastrophic and irreversible consequences of climate change, the Chancellor has delivered a budget that reads as though he missed the memo”.

Caroline Lucas of the Green Party denounced Hammond’s failure to even mention climate change as “unforgivable”.

“It's not clear what planet Hammond is living on” said Ms Lucas, “because he's certainly doing nothing to protect those of us living on this one. His deluded budget was built on a fantasy future where the technical revolution will solve all of society's problems. Our children will never forgive him.”