Wednesday, 02 November 2011
0
Toby Price
The French town of Marseille formed the backdrop to the 2011 edition of the biennial European Solar Thermal Energy Conference (ESTEC). Little news comes out of the solar thermal sector – which should not be confused with its more flamboyant and active cousin, the solar thermal electric sector – but after what the European Solar Thermal Industry Federation (ESTIF) has describes as “three difficult years”, the industry hopes for more of the spotlight in the year ahead. 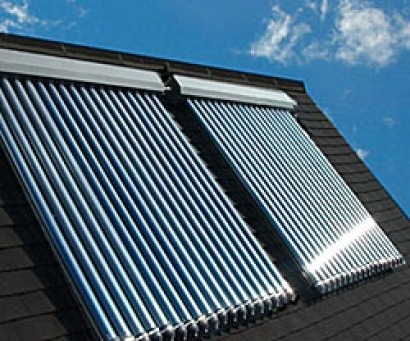 This year saw ESTEC taking place for the first time outside Germany, being held on 20 and 21 October in Marseille (France). In selecting France as the host country, ESTIF and ENERPLAN – the co-organizer of ESTEC 2011 – wanted to stress that solar thermal market growth is increasingly coming from other large European countries other than Germany (the largest European market by far), and in choosing Marseille, the gateway to the Mediterranean, they wanted to highlight this region’s huge potential.

“In 2011, after three consecutive difficult years we need as an industry to look for new opportunities and untapped potentials. We have designed the ESTEC programme to show to the industry where we, ESTIF, ENERPLAN think the industry should be heading for a bright future,” said Robin Welling, ESTIF’s President and Managing Director of TiSUN before the event.

In general, the conference topics covered key technical issues, policy frameworks, and international market reports with a strong emphasis on emerging markets in southern Europe, northern Africa and the Middle East. Around 80 speakers from over 15 countries attended the event, including leading experts in their fields. ESTEC 2011 also featured sessions dedicated to installers whose key role in the market was acknowledged, and their presence at the event demonstrated that the conference is keeping in touch with market realities.

Back in June, ESTIF released the latest solar thermal market statistics for the 27 EU member states and Switzerland, showing that although the European solar thermal market experienced an overall decrease in 2010, it still remains above its 2007 level with a total of 2 586 MWth of newly installed capacity.

At the time, Robin Welling said: “The solar thermal industry has experienced the full impact of the 2008 financial crisis as the construction sector has been particularly affected by the economic recession that followed. We expected to derive some benefit from the combined implementation of the binding renewable targets and higher energy performance standards – but this process is only beginning”.

The solar thermal segment of the renewable energy market has always taken a back seat, with little news coming out on developments in the sector, even from ESTIF itself. What is clear is that progress made in growing the solar thermal market in the early part of the century has been stymied by the sharp decline in construction of new buildings around Europe since the recession hit.

The German market shrank by nearly 29% in 2010 almost back to 2007 levels, with 805 MWth of newly installed capacity. Meanwhile, the other main markets such as Italy, Spain, Austria, France and Greece (between 200 000 and 500 000 square metres newly installed capacity), have behaved very differently in 2010. While both the Greek and Italian markets slightly increased with the Italian market confirming its 2009 level (around 500 000 square metres), other markets such as Austria, Spain and France suffered a decline; the second year in a row for the French market.

While the sector hopes new emerging markets such as Portugal, Poland, Switzerland, Czech Republic, Denmark and the United Kingdom will help boost the roll-out of new capacity, their combined increase is not quite compensating for the decrease recorded in larger markets.

“One of the factors contributing to this downturn is the lack or unpredictable nature of incentive frameworks. The resulting stop-go cycles and deferred decisions have adversely affected sales and undermined investor and consumer confidence. However, there is ground for optimism: the analysis of the consolidated National Renewable Energy Action Plans, submitted by each 27 member state earlier in the year, reveals that over the next decade the share of solar thermal should rise by 15% per annum. Let’s hope that this does materialize in the market,” says Xavier Noyon, ESTIF Secretary General.

Few outcomes have been announced from ESTEC 2011, but what has so far come out of the event is that the sector is pinning its hopes on a revival of the market next year.

Editor's note: Renewable Energy Magazine would like to hear from you if you have any interesting news on developments in the solar thermal sector, so get in touch and we'd be happy to run anything you send which could be of interest to our readers.