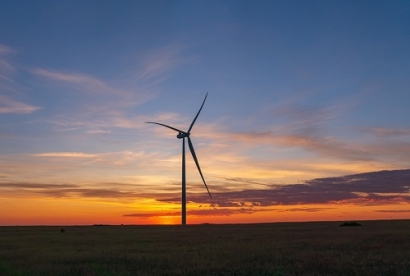 Once the wind project is integrated into the southern Colorado grid, renewable energy will make up more than 30 percent of Black Hills’ energy supply, meeting the requirements of Colorado’s renewable energy standard. The project will also provide an estimated $240 million in savings to customers over 25 years.

The wind project will include 27 Vestas wind turbines, components of which will be manufactured at Vestas’ Colorado factories, including tower sections built at Vestas’ Pueblo campus, the largest wind turbine tower factory in the world. Building the components in Colorado will contribute to jobs and local economic development.

“Our southern Colorado system is one of the cleanest in the state, powered entirely by renewables and natural gas with zero percent coal-fired generation, and we’re excited to partner with Vestas to provide customers and the region with even more clean energy,” said Vance Crocker, Black Hills’ vice president of electric operations in southern Colorado

“It is especially meaningful to be a part of adding clean, affordable wind energy to Colorado, home to Vestas’ North American manufacturing base,” said Chris Brown, President of Vestas’ Sales and Service Division in the US. and Canada.

The Busch Ranch Ii Wind Project will be built near the Busch Ranch I Wind Project in southeastern Colorado, which also features Vestas equipment. Deliveries are expected to begin in the third quarter of 2019 and construction is targeted for completion by the end of the year.