Tuesday, 13 December 2011
0
Luis Ini
According to a report prepared by Ernst & Young, Brazil is ranked 10th in the list of most attractive countries for investments in renewable energy (renewable energy country attractiveness indices). It has climbed a place on the previous quarter and is eight up compared with the third quarter of 2010. The improvement in Brazil’s position is mainly due to developments in the wind sector. 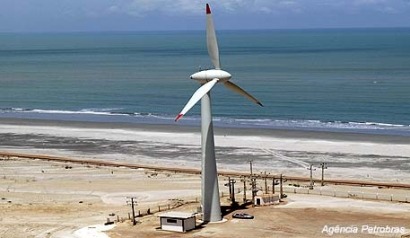 The report highlights that the third quarter of 2011 was a good time for wind energy developers in Brazil, with four power auctions providing opportunities to reshape Brazil’s electricity market. Wind power attracted the most attention when it emerged that, for the first time, its price had fallen below that of electricity generated by natural gas.

“The ranking shows the maturity of the wind industry in Brazil’s energy matrix,” explains Luiz Claudio Campos, Transactions Partner in Ernst & Young Terco. “Exactly a year ago, Brazil was ranked 18th. In the near future, the country could occupy a higher position, probably due to the wind sector.”

The sector secured power purchase agreements for 78 projects totalling 1,929MW at the auctions, around half the total available capacity. They must start operating in 2014.

Less than 10 days later, Brazil’s Ministry of Mines and Energy scheduled another auction for December. It will award 20-year contracts for wind, biomass and natural gas plants, and 30-year contracts for hydroelectric plants. It has attracted registration from 377 projects totalling 24.3GW installed capacity, of which 79% with a total capacity of 7.5GW relate to wind. Another auction will be held on 22 March 2012.

The 2011 auctions have proved that wind and natural gas plants can compete directly, and that wind power can be cheaper.

According to Agência Nacional de Energia Elétrica, the Brazilian regulatory agency for the electric energy market, Brazilian wind power capacity is on track to grow by 600% by 2014 to more than 7GW, compared with around 1GW at the end of 2010.

The market analysts suggest several reasons for the country’s success, including the recent arrival of Chinese equipment suppliers, who can force local suppliers to lower their prices to remain competitive. The low cost in the auction may also be the result of a growing number of turbine manufacturers in Brazil.

"On the other hand, the economic crisis caused several projects in Europe to be halted, which may have prompted investors to move into other markets with growth potential like Brazil," explains Campos.

Nonetheless, Ernst & Young stresses that the industry faces several challenges. The auctions have created competition across the energy sector, and a strong project portfolio with particular emphasis on wind. Abeeolica (the Brazilian Association of Wind Power) has warned though that lower return margins could make projects vulnerable to possible complications during construction.