Thursday, 04 August 2011
0
REM
CEZ AS plans to increase its total investment in Romanian wind farms at Cogealac and Fantanele to $1.3 billion (€1 billion) this year as it seeks to triple its energy output in the country. 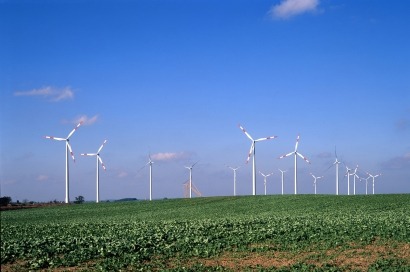 The country is attractive to wind developers because of its location along the Black Sea, where the average wind speed stands at about 25.2 kilometers per hour (15.7 miles per hour).

The certificates can be sold on an independent market, and electricity suppliers are obliged to acquire a certain number each year to prove they’re taking some of their power from low- carbon generators. Failure to do so results in a fine.