Emerging markets are taking the lead as wind industry powers ahead

Wednesday, 08 February 2012
0
Toby Price
The Global Wind Energy Council annual market statistics published this week show that the wind industry installed just over 41,000 MW of new clean, reliable wind power in 2011, bringing the total installed capacity globally to more than 238,000 MW at the end of last year.. This represents an increase of 21%, with an increase in the size of the annual global market of just over 6%. So why has Spain decided to cut support for wind? 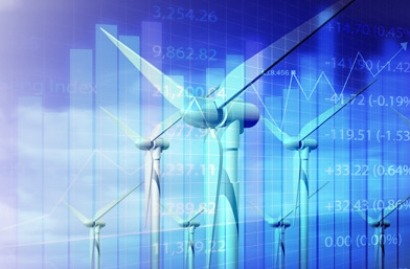 Today, about 75 countries worldwide have commercial wind power installations, with 22 of them already passing the 1 GW level, many in emerging markets.

“Despite the state of the global economy, wind power continues to be the renewable generation technology of choice”, said Steve Sawyer, GWEC Secretary General. “2011 was a tough year, as will be 2012, but the long term fundamentals of the industry remain very sound. For the second year running, the majority of new installations were outside the OECD, and new markets in Latin America, Africa and Asia are driving market growth.”

China has consolidated its position as global market leader, with a cumulative capacity of more than 62,000 MW, despite having faced a challenging year. “2011 was not an easy year for the Chinese wind industry. However, in the end, the industry has come out quite well, not only surviving the year, but also becoming more resilient to the various challenges. In the coming year, the industry will adapt to the government’s new requirements as well as those of the market. We expect the industry will grow stronger and more competitive in the next year”, commented Li Junfeng, Chairman of the Chinese Renewable Energy Industry Association (CREIA).

For India, 2011 installations pushed India’s total capacity to just over 16,000 MW. “India reached another milestone with adding over 3000 MW of wind power installed in 2011. This is likely to go up to 5000 MW per year by 2015. Ongoing initiatives of the Indian government to create new policies will attract large quantities of private investments to the sector”, said D.V. Giri, Chairman of the Indian Wind Turbine Manufacturers Association.

In the EU, 9,616 MW of wind energy capacity was installed in 2011, for a total installed capacity of 93,957 MW - enough to supply 6.3% of the EU's electricity, according to the European Wind Energy Association (EWEA). “Despite the economic crisis gripping Europe, the wind industry is still installing solid levels of new capacity", commented Justin Wilkes, Policy Director of EWEA.”

But to achieve the EU's long-term targets we need strong growth again in future years. A commitment from the European Union to put in place a binding renewable energy target for 2030 would send a very positive signal to potential investors.”

After a difficult 2010, the US wind sector bounced back, with installations of more than 6800 MW. “American wind energy’s long-term fundamentals are strong," said AWEA CEO Denise Bode. "We have installed more than a third of all new American electric generation in recent years and are well on our way to providing 20% of America’s electricity by 2030 as projected by the Bush Administration. Our 2011 installations alone provide enough electricity to power almost two million American homes”, says Denise Bode, CEO of the American Wind Energy Association.

“Wind energy in Canada enjoyed a record year in 2011, surpassing the 5000 MW milestone. Canada, and in particular Ontario, is emerging as a very competitive destination for wind energy investment globally. Maintaining that position will require continued commitments to aggressive targets for wind energy development and a stable policy framework. As Canada continues to renew its electricity generation resources, wind energy will play an ever-increasing part in delivering reliable, economic and clean electricity”, said Chris Forrest, Vice-President of Communications & Marketing of the Canadian Wind Energy Association.

Latin America had a good year, growing by a total of more than 1200 MW, led by Brazil. Brazilian installations were up by half, adding 587 MW to reach a total of just over 1500 MW. “Brazil reached the 1 GW milestone during 2011, and has a pipeline of more than 7,000 MW to be completed before the end of 2016,” said Pedro Perrelli, Executive Director of the Brazilian Wind Energy Association (ABEEOLICA). “The Brazilian wind sector has attracted significant investment, facilitated by the policies of the BNDES (Brazilian National Sustainable Development Bank), but a new policy framework with clear rules for the future is increasingly necessary to keep the pace of growth strong."

Sawyer concluded: “We look forward to more new markets opening up in Africa, Asia and Latin America in 2012 and we expect to see some of the new markets in Latin America beyond Brazil start to approach critical mass. But at the end of the day we will be hard pressed to keep the industry’s growth up to its potential without a global price on carbon and other measures to account for the real costs to society of conventional power generation”.

While emerging markets are embracing wind energy, Stefan Gsänger, Secretary General of the World Wind Energy Association (WWEA), told Renewable Energy Magazine this week that he is concerned what impact the recent announcement by the Spanish government to freeze feed-in tariffs for wind and other renewables will have on these markets.

“It is an alarming signal from a still rich country with regard to its international responsibility: In major parts of the world, especially in Latin America, Spain has been seen as an example, and by not assuming this role, which refers to environmental concerns such as climate change mitigation as well as to security of energy supply, Spain will damage its international reputation and credibility,” he said.

In addition, Gsänger warns that the moratorium could have a damaging effect on Spain’s own economy. “The renewable energy sector and in particular the wind industry is one of the few internationally strong and competitive industry sectors in Spain, next to tourism and agriculture. During the last decade, Spain was able to reach a top position in wind technology, next to few other countries such as China, Germany, India and Denmark. While in the current economic crisis in Spain not too much growth can be expected from agriculture and tourism, wind and other renewables have seen double-digit global growth rates worldwide and can expected to continue such growth in the foreseeable future, following the demand for clean and inexhaustible energy in industrialized, but especially also in the so-called developing countries,” Gsänger explains. “If Spain spoils now its renewables sector, it clearly damages seriously one of the key sectors of its economy and eventually puts the prosperity of the whole country on risk. Spain may not only harm its prospects to become independent from imported fossil fuels, but may also miss out huge export opportunities.”

The WWEA Secretary General goes on to conclude that the decision to suspend all support for renewable energy is “very clearly against the national interests of Spain, a country that is already in a difficult economic situation”.

“It is scary to see that even in Spain obviously the interests of the fossil power sector are strong enough to potentially destroy this future key industry, although Spain has not much to win in the fossil power sector - but a lot to lose in the renewables sector,” he says, adding that the suspension of the renewable energy support schemes also represents a “breach of European legislation which was substantially co-initiated by Spain”.