Tuesday, 05 July 2022
0
Robin Whitlock
Irish energy company Energia Group has announced a commitment to reducing the carbon intensity of its electricity generation by 50 percent by 2030, compared to 2019/20 levels, the achievement of which will see it increase the volume of renewable electricity it generates from onshore wind and solar by a factor of three by 2030. 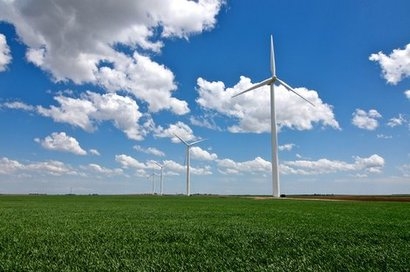 This target will ensure that the Group is well placed to achieve Net Zero by 2040. The Group is also working to complete two offshore wind projects. The commitments have been made as part of Energia Group’s 2022 Responsible Business Report.

The report also outlines the company’s overall approach to sustainability, including alignment to the UN Sustainable Development Goals and its participation in global climate initiatives.

The achievement of the Group’s new target will through significant investments in its pipeline of  around 580 MW of new renewable projects. The two offshore wind projects will have a combined capacity of up to 1,600 MW and are among a small group of projects still capable of contributing to Ireland’s 5,000 MW target for 2030.  All these projects will play an important role in the achievement of the renewable electricity and wider 2030 decarbonisation goals as set by governments in Ireland and Northern Ireland.

In helping to decarbonise the power system though significant investment, Energia Group will further facilitate customers in their sustainability journey. In the last year, the Group’s renewable energy tariffs have enabled customers to reduce their carbon footprint and through energy efficiency measures, customers have saved an additional 10,000 tonnes of CO2.

The report also includes other new developments undertaken by the organisation during the year, such as the launch of the Energia Group Women’s Network and providing over 660,000 euros to community groups around Ireland, linked to the Group’s windfarm community benefit funds. In the last six years the Group has provided over 3 million euros to local communities though these benefit funds.

“Sustainability is at the core of our business and our new carbon target to 2030 demonstrates our commitment to climate action and facilitating the achievement of target set by the governments in Ireland and Northern Ireland” said Energia Group CEO Ian Thom, introducing the report. “We have an excellent track record in the delivery of energy projects, serving customers and positively engaging with communities; and we are approaching the energy transition with the same enthusiasm and commitment. Through the work and dedication of all at Energia Group, our strategy and approach will make a positive contribution to life on this island.”