EU Researchers say 2014 was a good year for wind sector

Monday, 29 June 2015
0
The year 2014 was overall a good year for the wind energy sector, with the level of installations reaching new records and turbine manufacturers seeing a return to prosperity after two very tough years, according to the European Commission Joint Research Centre. 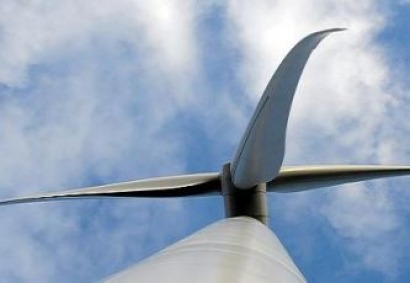 The sunny picture is detailed and expanded upon in the third edition of the centre's annual report on the technology, market and economic aspects of Wind Energy in Europe and the world. Turbines commissioned in 2014/15 are larger and taller than ever. European onshore turbines in this group average 2.71 MW of rated power (+ 20 % on 2012 installations), 106.4 metres rotor diameter (+ 20 % as well), and 113.2 metres hub height (+ 17 %). The evolution in blade design is enabling an increasing trend to low-wind turbines, with larger rotors and moderated rated power. Drive train configurations are evolving towards the employment of full converters whereas doubly-fed induction generators are losing ground in the market. In Europe, permanent magnets are mostly employed in geared wind turbines (mainly because less rare earths are required), whereas direct drive with permanent magnets-based generators are increasingly common in Asia. The global market in 2014 reached 52.8 GW of newly installed capacity, of which 1.45 GW offshore were connected to the grid and 1.2 GW were not. In the European Union 13 GW of new turbines were installed, of which 11.8 GW were connected to the grid. Global cumulative installed capacity thus reached 370 GW whereas the EU connected cumulative capacity reached 129 GW and will produce 265 TWh of electricity in an average year, which is equivalent to the full demand of Belgium, the Netherlands, Greece and Ireland, the report says. The 2014 manufacturers market saw the return of the traditional leader Vestas to the top position in terms of installed capacity, followed this time by another European company, Siemens. As in 2010–12, four Chinese firms were included among the top 10 in 2014, but it was only in 2013 and 2014 that eight Chinese firms were in the top 15. In 2014 both turbine and project prices onshore continued to drop, and 2015 showed the first results of the way to a 40 % reduction in offshore costs for wind farms with final investment decision (FID) in 2020. Energy costs (levelised cost of energy, LCoE) for projects with FID in 2016/7 are estimated between EUR 90 and 150 per MWh, with main influences being water depth and whether offshore substation and export cable costs are included or not. Onshore, recent research suggest European LCoE in 2012 between EUR 45 (Denmark) and EUR 97 (Germany, low wind area) per MWh, with a clear trend to lower prices. Recent turbine prices are estimated to vary from EUR 770 to 880 per kW. With the increasing need to integrate large amounts of variable renewable electricity into the electricity system and market, 2014 saw regulatory support for wind swinging towards market-linked and/or market-like structures (e.g. tenders/auctions) to replace feed-in tariffs.