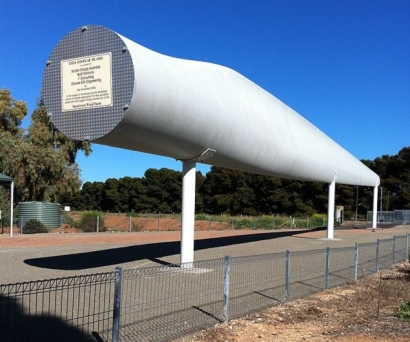 Tilt Renewables' 100 MW Snowtown 1 Wind Farm was enabled with AI software in July and self-executed a ‘precision trading’ strategy that has already clearly increased total revenue from the windfarm by precisely bidding its way through a wave of extreme volatility and negative prices in South Australia.

“We couldn't be more excited with the bidding system's performance at Snowtown right out of the gate” said Deion Campbell, Chief Executive of Tilt Renewables.  “AI software gives us an edge to manage risk and improve margins in energy markets that are becoming more challenging with high penetrations of renewable generation.  Being an early adopter of innovation like this demonstrates Tilt Renewables' leading approach to renewable asset management and we look forward to applying this technology to other assets shortly.”

Arnold Schwarzenegger, referring to his “Terminator” movies, added that, this time, artificial intelligence is being used to save the planet.

Susan Kennedy pointed that every region of the globe is experiencing the challenges of integrating solar, wind, and electric vehicles into electric grids that were designed for coal and gas and that as renewable penetration grows, market volatility will increase. This means that assets need to be smart, fast and able to accurately predict the forces impacting the electric grid.

Kennedy founded AMS in 2014 bringing together energy market experts to develop a software platform that can help California cost effectively integrate the huge amounts of solar, wind, and distributed generation installed as a result of California's aggressive clean energy policies over the last decade.  AMS' first projects using battery storage include a groundbreaking fleet of Hybrid-Electric Buildings that delivered more than 2,000 MWh of flexible capacity for one of California's largest utilities as part of a 70 MW/360 MWh ‘virtual power plant’.  In 2018, AMS expanded to Australia where high penetrations of solar and wind have stressed the electric grid, causing wild swings in wholesale energy prices.  In an effort to tame prices and smooth energy supplies, Australia began installing large-scale batteries, including the largest battery in the world, the 100 MW Hornsdale Power Reserve in South Australia.

Over the last year, AMS has built a contracted pipeline of more than 2,000 MW of solar, wind, pumped hydro and battery storage assets in the US and Australia.

The Snowtown Wind Farm sits on the Barunga and Hummocks Ranges, 170 kilometres north of Adelaide, in South Australia. Stage 1 has been generating electricity since 2008.