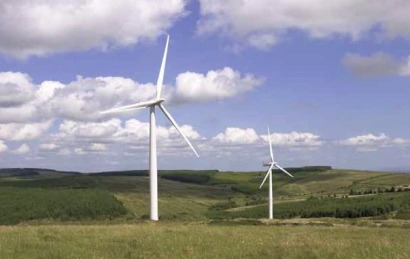 The study was undertaken by a panel of independent experts "to identify any documented or potential health impacts of risks that may be associated with exposure to wind turbines, and, specifically, to facilitate discussion of wind turbines and public health based on scientific findings".

No scientific evidence could be found that the so called "wind turbine syndrome" exists. However, the authors suggests that negative attitude against wind turbines should be mitigated by best practices as successfully implemented in many parts of the world. Such best practices in wind farm planning should include proper siting, provision of information and community involvement, all of which can minimize negative impacts and maximize benefits from wind power.

"In most countries using wind power today, wind farms enjoy a very high degree of public support and it is often rather the local population that wants more wind power and pushes politicians to support it as well. Unfortunately there are some places where misleading and wrong information is spread, especially on health impacts of wind turbines,” commented Stefan Gsänger, World Wind Energy Association (WWEA) Secretary General.

According to the Massachusetts health study, people's positive attitude towards wind farms in their neighbourhood mainly depends on their level of information and involvement. Previous scientific studies have demonstrated that community-based wind farms lead to significantly higher level of social acceptance. Hence WWEA has identified community involvement as a key for the success of wind power and will organize the next World Wind Energy Conference with the special theme "Community Power - Citizens' Power" in order to discuss appropriate business models."

“Surveys worldwide show strong support for renewable energy development and, in particular, for wind power. In Australia a just published comprehensive multi state survey showed 80% public support for wind power,” explains Hon. Peter Rae AO, WWEA Special Ambassador External Relations. “On the subject of health, the Australian Clean Energy Council has pointed to a statement just issued by the Climate and Health Alliance, a coalition representing groups such as the Royal Australasian College of Physicians and the Australian Psychological Society. This statement also underlined that renewable energy such as wind power provides a safe alternative to fossil fuels. A Parliamentary inquiry found no basis for a conclusion that adverse health impacts arise from wind turbine operation. The support for wind farms is enhanced where communities can rely upon the wind generators following the principles of the 'Guidelines for Sustainable Development of wind power' which WWEA published more than six years ago.”